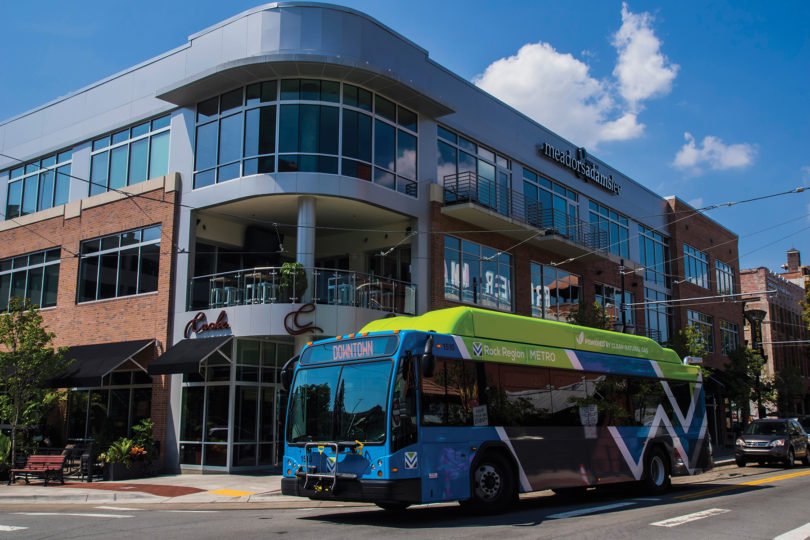 A proposed sales tax increase earmarked for
public transit in central Arkansas failed in March,
leaving the region’s long-range transportation planners deciding what to do next.

Timing is everything and supporters of a dedicated tax for Rock Region Metro say their time is coming.

“Personally, I would like to think that within the next 12 months, the community would take this again,” said Jimmy Moses of Moses Tucker Real Estate and a member of the Rock Region Metro board who chaired the Committee to Connect, which ran the failed “MOVE Central Arkansas” campaign.

Weeks after the defeat, Varner said the agency has not given up on the long-term plans to improve public transportation in Pulaski County and anticipates another vote on a dedicated tax. Until then, he said, Rock Region Metro will begin implementing some of the projects in the plan that can be done within its current $17 million annual budget, which comes from riders, the county government and the municipalities the transit agency serves.

“We’ve just started the process of using the MOVE Central Arkansas planning document to start planning for minor service changes … and create more efficiencies in the system,” he said, adding that a 10-year plan to replace all the diesel buses with vehicles burning compressed natural gas is still on schedule and will not change. Fifteen of the 58 buses now in service use CNG.

The transit system also has taken advantage of the savings it has seen in the past year from lower fuel rates, Varner said. RRM was able to reduce slightly the rates it charges the county government and the cities served by the transit service. The transit company also recently announced Metrotrack, a smartphone app that allows passengers to track, in real time, their bus arrival information.

The defeat of the proposed tax increase occurred as Little Rock, North Little Rock, the county and state debated the design of a new Interstate 30 bridge over the Arkansas River. That project is estimated at about $630 million. 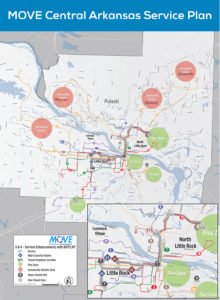 A campaign to increase sales tax to fund Rock Region Metro’s expansion, called MOVE Central Arkansas, failed in March, but officials are planning for another vote.

Originally, the Arkansas State Highway and Transportation Department recommended a 10-lane bridge to replace the current six-lane span. After public outcry about how such a wide swath of concrete would impact downtown Little Rock, AHTD went back to the drawing board. In mid-April, the department recommended a bridge with six through lanes and four collector-distributor lanes near where the bridge will cross the river. That plan was to be discussed at a public meeting in North Little Rock in late April, along with plans to widen I-30 between I-530 in Little Rock and I-40 in North Little Rock.

“It’s so ironic that we’re in the throes of this conversation and redevelopment of our highway system downtown and for the region,” said Moses, adding improvement to public transit must “go hand-in-hand” with any discussion of widening the I-30 bridge.

Jim McKenzie, executive director of Metroplan, agreed, saying improvements to public transit must be part of any discussion on interstate expansion. Metroplan is the regional planning organization for Faulkner, Saline and Pulaski counties, and it focuses on transportation and the environment. The long-term expansion and improvements proposed by Rock Region Metro during its campaign remain part of Metroplan’s 20-year plan for the region, known as Imagine Central Arkansas, McKenzie said.

Varner said the decision to seek a dedicated funding source for Rock Region Metro was made because the structure of the current system prohibits growth and change. Since 2009, ridership has risen about 20 percent to nearly 3 million annually, he said. “Our funding structure does not allow us to modify services very easily at all.”

The bus system’s budget is financed primarily from the budgets of Little Rock, North Little Rock, Maumelle, Jacksonville, Sherwood and Pulaski County, which pay based on miles the busses operate within their jurisdictions. While that system “is a very fair way of allocating cost, based on miles in your city, it hampers us,” Varner said. “One, they’re all connected together, so changes in one jurisdiction affects changes in another jurisdiction. So, if I cut a mile out here, well you’re portion just went up. That keeps [us] from being able to make any meaningful changes.”

Infrequent service and limited routes have resulted in a system that is primarily used by those who have no transportation alternatives, such students and people who can’t afford to own a vehicle. RMM wants to attract the commuter who could drive their own vehicle to work, but chooses to take the bus because of convenience and comfort, Varner said.

Despite a similar ballot proposal being rejected by county voters 14 years ago, supporters were optimistic this time around, Varner said, when a survey of likely voters indicated nearly 60 percent support for expansion and improvements to public transit in the county. 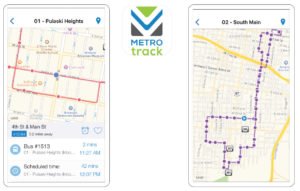 But the support suggested by polls didn’t translate into votes. Varner, McKenzie, Moses and others believe a number of obstacles ended up hurting the campaign.

One was a lack of funding and a short campaign window. Varner said the campaign had less than $50,000 to work with, and the ballot item wasn’t officially approved by the Pulaski County Quorum Court until mid-December.

“No work was done, as far as campaigns are concerned, until after the holidays,” Varner said. “So, we are looking at two months to campaign for a new tax, which can be very difficult in the current climate.”

Placing the proposal on the March ballot also was an issue because it was overshadowed by the high-profile presidential primary races, McKenzie said.

“General elections are typically tougher than special elections, but this primary in particular was all about Donald Trump and Ted Cruz,” he said of the Republican presidential frontrunners. “So, the electorate that is going to be turning out for that is not going to be an electorate that you would expect to be supportive of new taxes or transit.”

Kathy Webb, a former Democratic state representative from Hillcrest who served on Campaign to Connect, also blamed the timing of the vote.

“I think that we started late and part of that was maybe completely our fault,” she said. “There were a lot of folks who were focused on the February special election on a bond issue that would be used to overhaul the Arts Center. When you’re already coming off one special election and then you are competing with a presidential primary that actually did matter, and you don’t have a whole lot of money — that’s three strikes right there.”

Moses suggested that the next vote should be in a special election and only in Little Rock, where the proposal had its strongest support with 49 percent.

“If the city of Little Rock would vote to support it, we could improve the route structure and the system in Little Rock and eventually that would demonstrate to the rest of the county in the system that it makes sense for all of us to do that and we could come back and try that later,” he said.

While a Little Rock-only vote is something to consider, others have floated the idea of waiting a year or two so the public has more time to understand the benefits. In the meantime, Allie Freeman, chairman of the transit’s board, said directors plan to thoroughly study the results of the March election in the next few months and discuss the next step.

Webb said taking the transit-funding proposal back to voters next year might too soon.

“Jarod and others at Rock Region have said they are going to make some improvements in spite of not having the win, so I don’t think it would be a bad idea to get some of those things initiated,” Webb said. “Let people get really used to the new buses.”