We asked five female industry leaders around
the state the same question: What role
did mentoring play in your career,
and how important is a mentor in your industry? 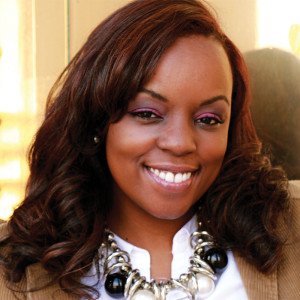 Veteran and former Gov. Mike Beebe’s liaison for military and veterans affairs Nicole Hart founded her nonprofit, ARVets, in 2011, after seeing a need for enhanced veteran resources in the community. The organization provides a one-stop shop for veterans seeking assistance with U.S. Department of Veterans Affairs programs, employment, education and more.

“Both had done it for so long, I’d call them with 15 million questions,” Hart said. “The nonprofit world was so unknown to me. They were really instrumental in helping me determine what type of CEO I would be and helping our organization be effective and sustainable.”
The nonprofit world is always in transition, she said, so guidance early on helped set the organization on the right path, especially in fundraising, policy development and establishing infrastructure.

ARVets, based in North Little Rock, was created based on research from the 2010 Arkansas Yellow Ribbon Task Force, and Beebe secured $1.6 million for its start up, Hart said. Since that time, ARVets, now funded via grants and donations, has brought in more than $3.5 million and assisted more than 3,000 people.

Hart served with the 39th Infantry Brigade Combat Team of the Arkansas Army National Guard, including a combat tour in Iraq. This experience has helped her navigate some of the bureaucratic red tape that exists in the veterans industry, which also tends to be male-dominated. But having female mentors has made a difference.

“Women leaders who have done it are in a better position to help another up-and-coming female leader,” Hart said. “Traditionally in the veterans industry, it’s old, white men. I’m a woman and African-American. Serving in combat and in the governor’s office gave me a leg up.”

When starting a nonprofit, there are always ups and downs, she said. Mentors can help provide encouragement and put things in perspective. 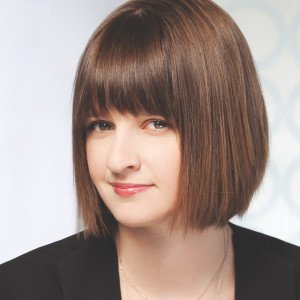 “That was the only way to be an artist — to be an understudy,” she said. “But, now you go through the university system, and it’s not really like that anymore.”

Wood has a graphic design degree from Ouachita Baptist University and a master’s in painting from the University of Arkansas at Little Rock. While art professors teach the technical side of the craft, it’s often up to the individual artist to learn about the business side, she said.

“I thought they were going to teach me everything I needed to know in art school, as far as how to make a career out of art,” Wood said. “I think I learned that more by seeking out people later.”

In general, meeting other, more experienced artists is what has led her to success. One summer, she shadowed Little Rock painter Matt McLeod. She said watching him and asking questions was an invaluable experience. She also shadowed North Little Rock gallery owner Greg Thompson and worked for an artist when she lived in New York City for about a year.

Wood has befriended many local artists and meets with many of them weekly. She also participated in Artist INC Live Argenta, a program through the Argenta Arts Foundation in North Little Rock, where artists of all types come together to discuss the business side of art.

From these relationships, Wood said she learned about keeping up with inventory, pricing artwork and approaching galleries. All of these experiences have instilled a sense of confidence, which she said is essential in becoming a successful artist.

As chair of the Painting and Drawing Department at the Arkansas Arts Center, Wood works to build the confidence of her painting students.

“Success takes time and seeking out people to talk to about it,” she said. “Don’t be scared to just email or call someone who you think would be good, even if you have no connection to them. Most people would be perfectly willing to talk to you and let you follow them around.” 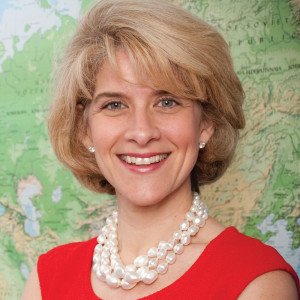 Fourth-generation Texarkana native Jennifer Haltom Doan has been partner at law firm Haltom & Doan in her hometown for the past 11 years.

Located on the Texas side of the city, Doan and her team of about 10 attorneys practice civil trial and appellate work in Arkansas, Texas and beyond. The firm also has offices in Plano, Tyler and Marshall, Texas. Cases span product liability, intellectual property, environmental claims, pharmaceutical litigation, personal injury, class action suits and more.

Doan said when she graduated from law school at the University of Texas School of Law in 1989, the legal industry was much more male-dominated than it is now. Her first job out of school was at a firm where she was the only female attorney.

Along the way, she said she’s learned a lot from many different people about jury selection, litigation and taking depositions. These lessons have come from both male and female mentors.

“It’s important to figure out what about this person I want to emulate,” she explained. Some of the attorneys that she considers mentors include Jane Bockus of Dykema in San Antonio; U.S. District Judge Kristine Baker; Nick Patton, retired founder of Patton Tidwell & Culbertson LLP in Texarkana; and Lyn Pruitt and Sherry Bartley of Mitchell Williams in Little Rock.

“A mentor is someone who cares about other people and wants to make your life better,” Doan said. “The majority of trial lawyers really like other trial lawyers and want to see them succeed.”

As a leader of her own firm, Doan said she is dedicated to setting a good example for younger attorneys. She provides detailed explanations of what she’s doing and encourages them to ask questions. Watching others is the best way to learn, she said.

“No one was more green than I was when I got out of law school,” Doan said. “Mentoring is imperative in the legal field. You learn a lot in law school, but when you start to practice, you learn how to be ethical and how to approach cases.” 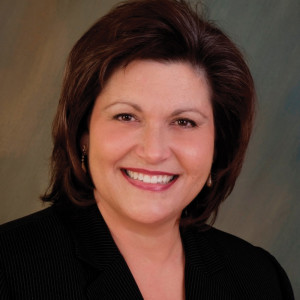 Marnie Oldner’s banking career has spanned more than 30 years, but it wasn’t until she came to Arkansas in 1989 that she said she found her role models.

“From both my mentors I learned or expanded some technical skills,” she said. “More importantly, though, from both I learned the value of the people around me. I learned the importance of extending respect to others above all else. I learned how to love and value the work I’m doing. They gave me confidence through praise and opportunity. I really can’t put into words the value of having known each of them.”

Oldner, who is originally from Nashville, Tennessee, attended California State University, Fullerton. She said good mentors have qualities that elicit admiration and demonstrate the willingness to take the time to share their knowledge.

“It is said that women in business have a hard time in Arkansas,” she said. “I guess that is true in that a relative few have executive leadership roles in banking. This was not my experience, though, in large part because of Terry Renaud.”

Oldner joined Stone Bank, a $93 million bank with a branch in White Hall and soon-to-open branches in Harrison and Little Rock, in 2011. As a leader of a 35-person team, she puts into practice all that she learned from Renaud and Dennis by demonstrating respect to her employees and by sharing her knowledge.

“If you can find a role model that has time for you, it’s a blessing,” she said. “I’m not sure it’s unique to the banking industry, but it helps build skill sets and confidence.” 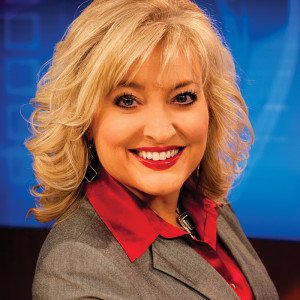 For the past 26 years, Diana Davis has been a mainstay in the city of Jonesboro, where she can be seen on the midday and evening newscasts of KAIT-TV, the area’s ABC and NBC affiliate.

Davis, a Kansas City-area native, attended the University of Kansas William Allen White School of Journalism and Mass Communications. She has worked in Kansas and Arkansas, and encountered many people who contributed to her growth as a journalist.

As an intern at KCMO-FM 81 in Kansas City, Davis counts Ruth Baum-Bigus, Janis Lane and others as mentors, who taught her about the quickness of breaking news and how to ad-lib. As a general assignment reporter at WIBW-TV in Topeka, Kansas, she learned about editing under pressure and going with the flow while on air from John Holt, who was an anchor at the time.

Broadcast journalism is an unpredictable field that can’t always be learned from a book, she said. Plus, some stories can be difficult to cover — for example, the Westside Middle School shooting in Jonesboro in 1998 caused a local reporter to leave the business altogether, she said.

“We never know what’s going to be handed to us, the type of situation that will present itself,” she said. “We cover news — the good, the bad, everything. Sharing our experiences with young people can help them be prepared.”

At KAIT, owned by Montgomery, Alabama-based Raycom Media Inc., Davis serves as news anchor and reporter for the station’s 11 a.m., 5 p.m. and 6 p.m. newscasts. There, she said, she tries to mentor younger reporters.

“If I see something they can do better, I’ll pull them aside,” she said. “Someone took the time to share with me. There’s something in all of us that remembers how we felt when we first walked in the door and this business was new.”

Arkansas’ Dark Past in American Politics Resurfaces in...