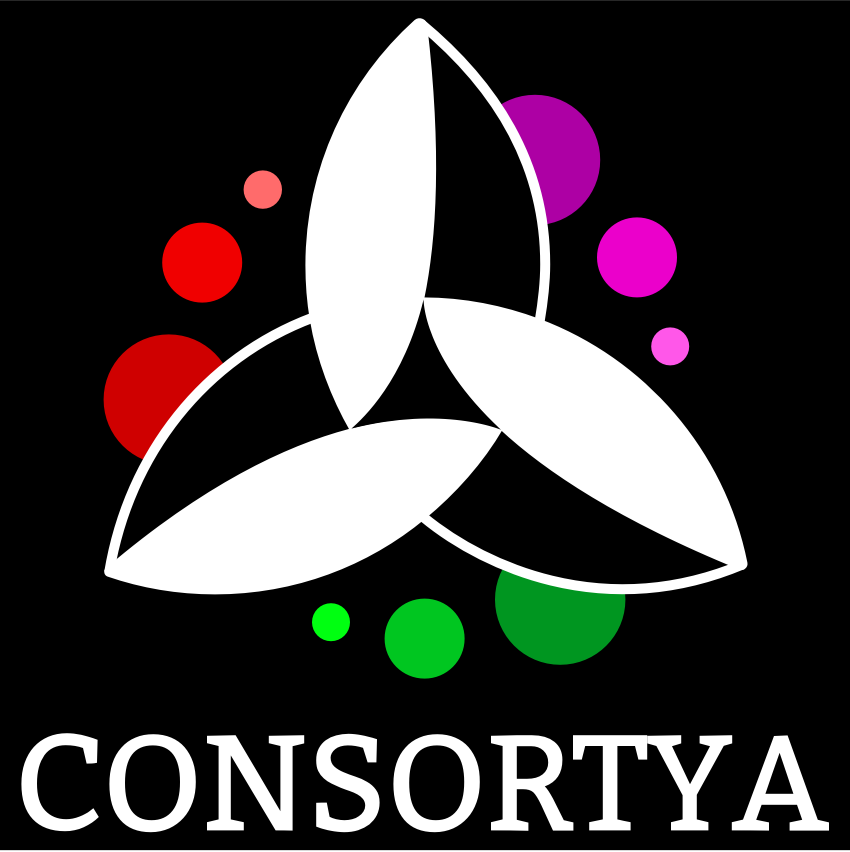 There are certain people you come across in life whose personalities seem to be inextricably intertwined with their craft: Dr. Phil and his daytime show or Elon Musk and Tesla, to name a few. Sitting down with Andy Martin, it’s clear that Consortya is not only an innovative new platform for artists and fans, but a creative extension of himself he wants to share with the world. As is the case with many entrepreneurs, Martin’s journey to build the music video game Consortya was an exciting one.

When Martin started out at the University of Arkansas in 2006, he chose to study mechanical engineering. While his interest in engineering was strong, “I quickly learned that I didn’t think like a mechanical engineer,” said Martin. He was interested in a guitar-driven role-playing game, or RPG for short. “I wanted to be able to gain skill while I was playing a game, and have it be fun and intuitive,” he said. 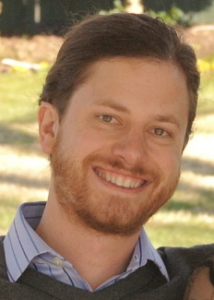 While at a concert in Amsterdam, he was blown away by the DJ’s ability to stream music to the masses with little more than a laptop. Martin’s undergraduate thesis focused on his RPG, but without a gaming development ecosystem in Arkansas, he set his sights on the University of Southern California. USC hosts one of the world’s biggest and most robust game development communities in Los Angeles, where massive games like Call of Duty were being built and designed in the early 2000s.

Shortly after moving to LA, he went to see Big Gigantic play and befriended a few people at the show. It was after this show that he had the breakthrough idea for Consortya: a digital environment with traditional electronic sound equipment being controlled by an artist, allowing them to live stream and interact with fans directly in their homes. Consortya is a virtual concert that combines a The Sims-like reality with live streaming. “The idea was building up, it was there, but I hadn’t fully uncovered it yet,” said Martin.

“I continued with school, went to shows frequently with friends, and moonlighted Consortya to try and get it off the ground,” he added. He used opportunities like Startup Weekends and entrepreneurship classes to build Consortya in his spare time. “I took a job at a new music game company, where a lot of the staff had worked on Guitar Hero. We were building apps for iPad, but my nights and weekends were spent working on Consortya,” he said.

Martin found success in his job, but wasn’t happy with the work-life balance the new position was demanding. Martin and his wife contemplated moving back to Arkansas. “We knew we had family back home, but I still wasn’t sure if Arkansas had an ecosystem that would encourage and support Consortya’s development,” he said. “Once I spoke with some of the folks at Startup Junkie, I realized that Arkansas had changed a lot since I left in 2011, and that I didn’t have to live in LA to make my dream a reality.” With his job agreeing to let him work remotely, he and his wife moved back home. 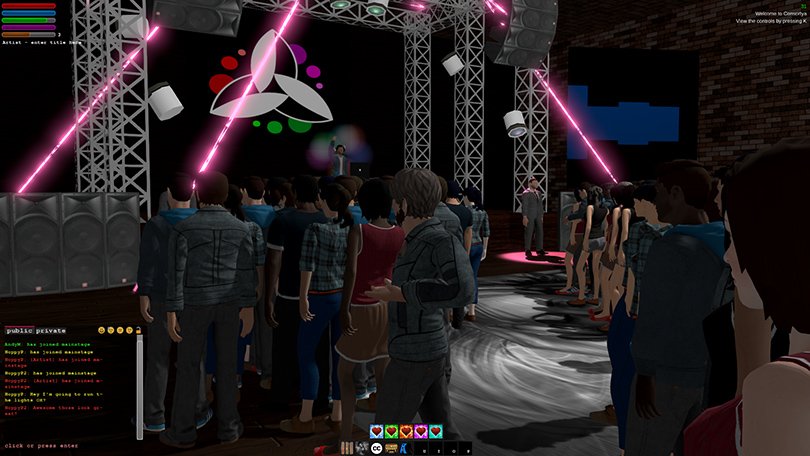 A screen capture of a concert in Consortya.

Since moving back, Martin has been able to devote two or more days a week to Consortya, with a goal of releasing an early access version this summer. “We hope that the early access version will build the Consortya community enough that we can have a successful crowdfunding campaign, or potentially raise traditional capital at that point,” said Martin. “My goal is to help foster the biggest development shop between here and Austin, Texas; a community of builders and creators here in Northwest Arkansas, spinning off their own games and realities and really moving the needle with the tech ecosystem that already exists here.”

Martin recently showcased Consortya at the Heartland Gaming Expo and it was noted as one of the most well-developed games at the entire show. Virtual reality integration is still far off; due to the high price of VR hardware, Consortya has no immediate plans to build VR integration into the platform.

“We want Consortya to be for all fans, not just those that can afford VR sets,” he said. Martin’s vision for Consortya also involves highlighting smaller independent artists, in addition to giving fans an adventure beyond the venue doors. “Once we’re up and running, my goal is to find one new artist per week. It’s like Soundcloud meets World of Warcraft.”

Spencer Jones was raised in Conway, AR and graduated from the University of Arkansas at Fayetteville with a Bachelor of Science in Nursing. After growing up in a healthcare household, he worked in sales and in multiple healthcare facilities during and after college. Shortly after graduating, he created a medical device and developed it through his company, Jones Innovative Medical Solutions, Inc. His company was selected for the Fall 2014 ARK Challenge Business Accelerator in Little Rock, where he ended up winning the competition.

Fayetteville, Arkansas: Epicenter of the Universe

AMP University: A Guide to Politics at the...