The SSG is an association that brings together professional site-selection consultants from around the world. Members work on growth strategies for leading companies that are valued at more than $30 billion in annual capital expenditures. Two main facets of the job are in global site selection and geographic economy.

Arkansas outbid other states in order to host the SSG and in turn will reap the potential rewards that come with giving economic heavyweights an “on the ground” look at the economic landscape and what it can do for their business.

Mike Preston, the executive director for the Arkansas Economic Development Commission, explained that the benefits of hosting such an event are multifold.

“It helps raise our profile regionally and even nationally. You have the best in the business coming together to network and see Little Rock as a potential spot for development,” Mr. Preston said. “Some of the attendees had been to Little Rock before and commented on how much has changed. That is a good thing. Those that hadn’t been here before were shown the city as a showcase. While it has some long-term benefits, it also has some short term as well. Hotels and restaurants in the city get an influx in business, and so it tends to have a positive effect on the city any way you look at it.”

Lara Kretler, vice president of FrazierHieby, a PR strategy group, said that the members of the forum use it as a networking and presentation opportunity for their company.

“It is pretty much the super bowl of networking for site selectors and companies when it comes to Guild,” Kretler said. 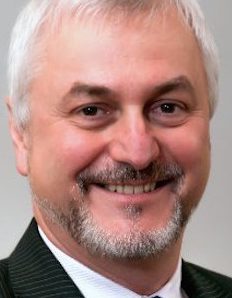 Phil Schneider, President of Schneider Consulting LLC and chairman of the Site Selectors Guild, has 28 years in the consulting business. The idea for the Forum sprang from the mind of Mr. Schneider’s mentor, Bob Farley, as a way to bring site selectors and companies together.

“These forums are multifaceted, but they focus on networking and education,” Mr. Schneider said.”We bring in members with specific expertise to educate those who are at the forum in an effort to benefit all parties involved in furthering their ability to do business.”

Though the conference has only been running in this peak form for six years now, Mr. Schneider says, he is pleased with the growth.

“It is definitely a bigger success than anyone thought. It has nearly tripled in size over the past six years,” he said. “We bring in the most sophisticated and knowledgeable people, and we sell out in minutes. We keep it exclusive. but that is to ensure quality.”

That exclusivity extends to the media. Reporters are not allowed into the sessions.

The next big event for the Site Selectors Guild is in Tucson, Arizona, in March 2017.

Joe Kramer is a former reporter for AMP. Joe has written for the Log Cabin Democrat in Conway and served as editor for The Echo newspaper at the University of Central Arkansas.

Ernie Paulson to take over as news director...