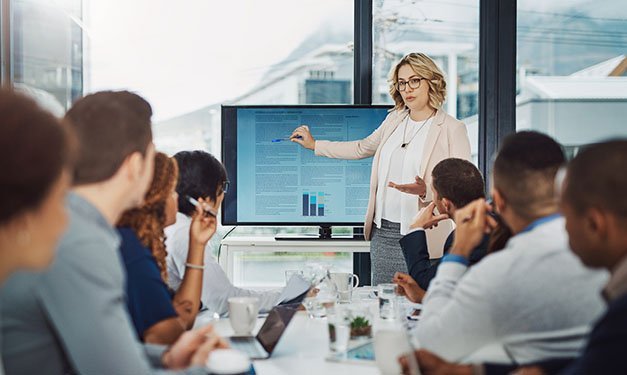 Whether you’re a seasoned entrepreneur or a newbie, one of the most daunting tasks an entrepreneur has is pitching their product in front of an audience. Now imagine doing it on television. And that’s exactly what Startup Junkie is helping Arkansas entrepreneurs do.

Startup Junkie has announced an open call for Shark Tank, the ABC TV show which allows entrepreneurs to pitch their products to a panel of established businesspeople. 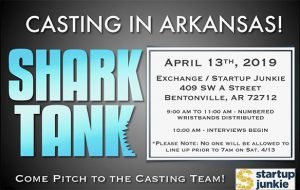 On April 13, entrepreneurs can sign up to interview for a spot on Shark Tank. The casting call will be held at The Exchange in Bentonville, located at 409 SW A Street. Candidates can begin lining up at 7 a.m., and numbered wristbands will be handed out starting at 9 a.m. Interviews will begin at 10 a.m.

According to Startup Junkie Executive Director Haley Allgood, bringing the casting team for Shark Tank is a way of encouraging local and regional entrepreneurs who may not have thought of trying out for the program to apply.

“Many entrepreneurs might not think of applying to be on the Shark Tank show, or have thought of it but felt it was unattainable. By bringing the casting team here, we’re hoping to bring national exposure to some of our local startup companies who are already doing great things,” Allgood says.