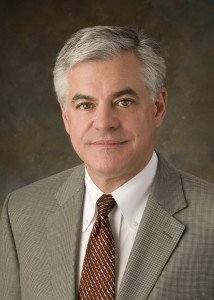 “Although this device is new to the United States, ORBERA has been around for more than 20 years,” said Luttrell, who is medical director at the hospital’s Surgical Weight Loss Center. “More than 220,000 ORBERA balloons have been distributed worldwide in over 80 countries. ORBERA is a proven, innovative, and nonsurgical solution to help fight the obesity epidemic.”

ORBERA, by Apollo Endosurgery Inc., was recently approved by the U.S. Food and Drug Administration. It is a endoscopic procedure where a deflated balloon is placed into the stomach and then filled with saline until it reaches the size of a grapefruit. The balloon remains in place for about six months.

The procedure is done under a mild sedative and only takes about 15 minutes to implant. The device helps patients with portion control and assists in sustainable weight loss at about 3.1 times the rate of those engaging diet and exercise alone.

“Once the balloon is in place, the patient receives an individually tailored support program to help keep them motivated, coordinate their care and help them work through weight loss barriers to meet their long-term weight loss goals,” Luttrell said. 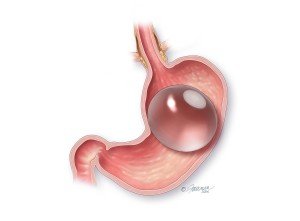 The ORBERA procedure has the potential to fill a gap for individuals who do not normally qualify for weight-loss surgery. It is available for patients with a body mass index of 30 to 40, considered to have moderate obesity, and have 20 to 50 pounds to lose.

Arkansas has the third-highest adult obesity rate in the country at 34.6 percent, according to The State of Obesity: Better Policies for a Healthier America. The state’s obesity rate has increased from 25 percent in 2004 and 17 percent in 1995.

Nationwide, obesity affects more than 78.6 million adults. It is estimated that more than $147 billion is spent each year in medical costs related to obesity, and that number is expected to increase by $43 billion to $66 billion each year by 2030.