Tim Ralston has called the River Valley home for years.  “We’ve been farming here since 1999,” he says.

The area around his farm was predominantly dry land. But Ralston says things changed in 2006. A water district was established, and that brought irrigation from the Arkansas River. It also developed a winter water habitat for migratory birds.

Irrigation from the Arkansas River has advantages for farms using well water, according to Ralston. For one, it’s much more cost effective and easier to pump. The supply is also much more abundant. 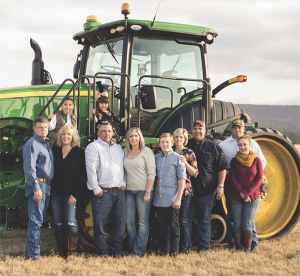 Tim Ralston and his family are growing a unique variety of rice in a region not known for rice production.

The new water district opened the door to farming rice, Ralston says. In 2006, the farmer started precision leveling the land. It wasn’t long before he had 1,000 acres of rice production. Now he says he has about 3,000 acres.

The River Valley location offers some advantages over rice grown in the Delta. Irrigation is one benefit. Without having to pump well water 100 feet vertically out of the ground, less electricity and diesel is used, lowering costs. Irrigation also means more water stays underground.

Having a slightly different climate is another advantage. Ralston says it gets a little cooler at night in the River Valley, which lends the area to producing good quality rice.

Most of the problems and challenges Ralston faces have to do directly with farming, he says. It’s a tricky business to be in, with strategies and plans changing every year due to factors like climate and prices.

“It’s kind of a moving target,” he says.

But he’s had help. 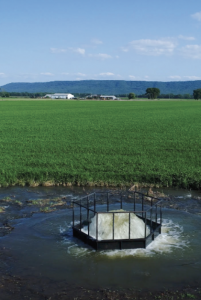 “We’ve had a lot of help from the University of Arkansas Cooperative Extension Service. I can’t say enough good things about them,” Ralston says. “They were instrumental in helping us get information and gather the facts we needed to make the decision if the farm would be viable.”

The Dale Bumpers National Rice Research Center in Stuttgart also helped with the farm’s technology, according to Ralston.

Getting rice from the elevator to the mill to packaging and distribution and finally to the market is a long process, with intermediaries each making money along the way. Ralston says his farm is working to capture all those different opportunities.

The wave of the future for farms like Ralston’s will be in recapturing those opportunities, he says. In most cases, when customers purchase rice at a store, they don’t know from where it came. Ralston says he sees real value in customers being able to identify the farms that grow the rice they consume.

Looking to the future, Ralston says he looks forward to his farm expanding distribution with stores like Harps.