After a year of separation from the company, Con Quesos founder Omar Kasim has returned to the restaurant back as sole proprietor.

Kasim was forced out of the business by a former investor unexpectedly in April of 2017. Unable to participate in any managerial duties, Kasim says he watched from the sidelines as the restaurant he built began to decline. According to the restauranteur, mismanagement, downgrades in quality and disregard for customer service resulted in Con Quesos posting losses every month following his removal. 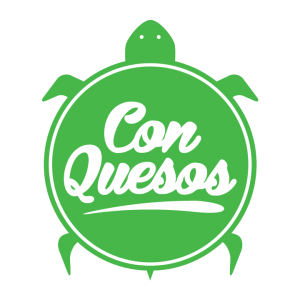 “Seeing Con Quesos falter was very difficult for me because it was my first baby,” said Kasim. “I felt like a parent who was helplessly watching their child get pummeled in a little league game. I wanted to help, coach and get in the game, but I couldn’t.”

According to Kasim, the company’s solvency was put into question. An impromptu meeting was held to discuss the state of Con Quesos, as investor explained the restaurants need for additional capital in order for operations to continue.

“It didn’t make sense for us to put more money into this dead relationship,” Kasim said. “I told my investor that rather than being separated and trying to buy a condo together, we should get divorced and one of us take the house.”

The unnamed investor offered his shares, making Kasim the sole proprietor of Con Quesos LLC. On April 6, Kasim signed the agreement transferring full ownership. Kasim said he has since brought back the standard and quality Con Quesos was known for. Cleanliness, consistency, and the iconic “4 Seasons” cups of queso are all things customers can come to expect from Con Quesos, he said. Although Con Quesos has sustained some damages to its reputation, Kasim said he is optimistic about the future of the company and has been thankful of all the support he has received so far.

“I reached out to all our vendors to inform them I was back,” he said. “All of them were happy to hear from me and offered to extend our net pay schedule to help our cashflow. Former employees have reached out to come back. It’s been really warming to see how many people want Con Quesos to be successful again.”

While away from Con Quesos, Kasim continued to pursue entrepreneurship and launched another restaurant called Juice Palm, a Juice Bar located in Uptown Fayetteville, serving only USDA-Certified Organic ingredients. Although the two concepts are completely different, Kasim says they share key characteristics.

“Both restaurants take an ordinary product, such as tacos or a smoothie, and elevate them to a unique experience that encompasses more than the food,” said Kasim. “Anyone can make a great tasting product; it’s the finer details like the plateware, the music, the interior design, the customer service that brings customers back.”

Kasim will also be teaching an upper-level Entrepreneurship class at the Walton College of Business at the University of Arkansas in the fall. He plans to use this platform to assist more young entrepreneurs with launching their ventures in Arkansas and encourage students to take advantage of opportunities in the state.

Arkansas Business is Prime for Expansion