In 1965, the North Little Rock Chamber of Commerce held a mock funeral and erected a tombstone for “Dogtown,” aiming to rid the city of the negative moniker tied to the urban legend that people drove to the town to abandon their canines. But times have changed. Today, North Little Rock’s communications director Nathan Hamilton’s license plate reads “Dogtown.” The Argenta Arts District is erecting large steel pieces of brightly colored dog art in prominent locations throughout downtown, and “Dogtown” T-shirts are popular with local residents. It appears Dogtown is in.

The nickname coming back from the dead is emblematic of what is happening in the downtown area, which Hamilton calls North Little Rock’s “front porch,” because the Argenta area is experiencing a profound resurgence of commerce, an influx of new residents and a big upswing in civic pride. 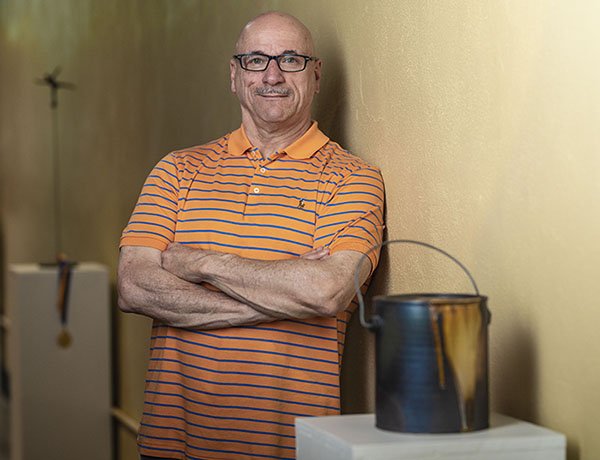 The thriving hub of activity emerging in Argenta is all the more amazing considering that only 15 years ago most of the buildings along Main Street were abandoned and in need of repair. That’s when investment adviser John Gaudin and his husband, C.E. “Corky” Patton, moved from west Little Rock into the area. Gaudin says he wanted to find a downtown living space where he could live, work and display art all in the same vicinity. When a friend suggested downtown North Little Rock, he joked “How do I get there?” After touring Main Street’s mostly empty buildings, he saw potential. “I thought, this could be really cool.” Gaudin purchased what is now Argenta Place and began renovating. The first floor would become Cregeen’s four years later, while the second and third floor became his office and residence.

Even though downtown was quiet in 2004, folks were already moving into the Argenta Historic District. Thanks to the work of the Argenta Community Development Corporation, which was founded in 1992, historic homes in North Little Rock’s downtown were being restored and snapped up by pioneering buyers.

“The work of the Argenta CDC was outstanding and instrumental to what has happened here,” Gaudin says.

“We drank wine and brainstormed ideas for improving Argenta, eventually coming up with 84 things we could do.”

Those brainstorming sessions ultimately led to the establishment of the Argenta Downtown Council (ADC) with Gaudin as the first chairman of the board.

Chief among the goals of the ADC was beautification.

“We had to have a beautiful downtown,” Gaudin says. “It’s the best form of advertisement.”

With the support of then NLR mayor Patrick Henry Hayes, whom Gaudin says was “a real visionary,” the ADC restored the curbside flower beds alongside Main Street. To this day, dozens of volunteers show up annually to plant over 26,000 tulips throughout Argenta. The volunteers come from all over North Little Rock, which supports Hamilton’s conviction that “downtown belongs to all of North Little Rock.” In addition to putting their hands in the dirt, the ADC hosted fundraisers. The way Gaudin and the ADC saw it, the city of North Little Rock and others “had to see that we had skin in the game.” 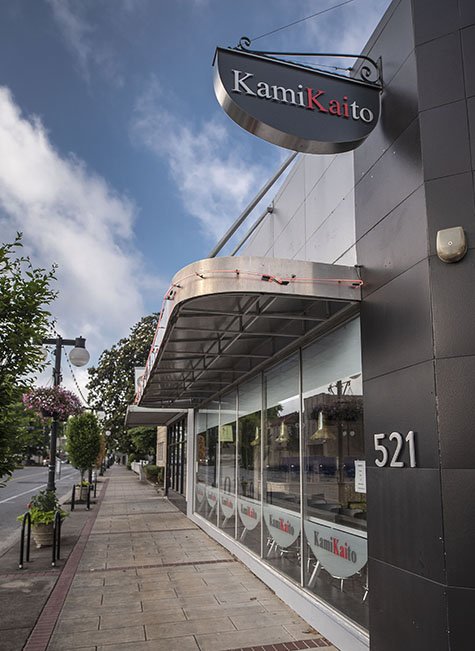 Slowly but surely, the tide started to turn for the Argenta Arts District. Highly regarded Ristorante Capeo was the trailblazer, opening in 2004. Reno’s Argenta Café opened in 2005, then Cregeen’s and the Argenta Community Theater in 2008. In the last several years, The Joint Comedy Club, Greg Thompson Fine Art Gallery, The Thea Foundation, The House of Art, Four Quarter Bar, Skinny J’s, Mugs Café and KamiKaito have all come to Main Street. 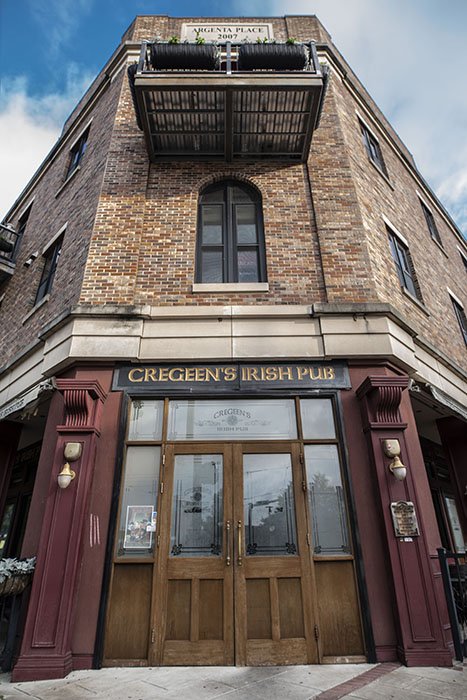 “We searched a long time for the perfect spot, and we think we found it,” McMullen says. “Breweries are a destination location, so we’re glad we’re established here in Argenta.”

So glad, in fact, that Foster and McMullen recently signed a lease for the Main Street space that formerly housed Argenta Starving Artists Café and, most recently, Core Public House. This second location will be a “Flyway Brewing Project” that will offer a “slightly upscale version of what we do now.” Complete renovation on the venue is at full throttle. McMullen says they will open this fall. 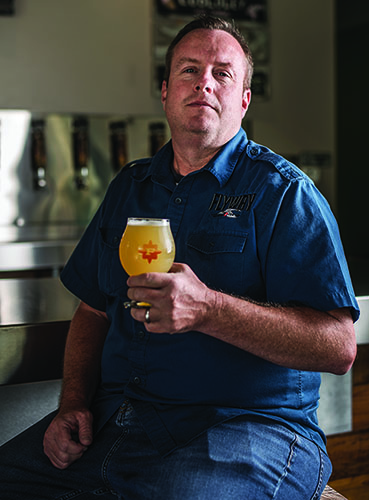 As the saying goes, if you build it, they will come. Indeed, new residents are pouring into the downtown area. Homes in the historic district are more in demand than ever. In 2018, the Thrive apartment complex, including six buildings featuring 165 units “dedicated to sustainability,” was built one block east of Main Street. Just west of downtown, developers Lisa Ferrel and her husband, Jim Jackson, opened the Riverside at Rockwater apartments in 2012 with 264 units. Rockwater Village subsequently debuted in 2018, featuring 33 two-story homes along the Arkansas River with large front porches and a small town community feel. 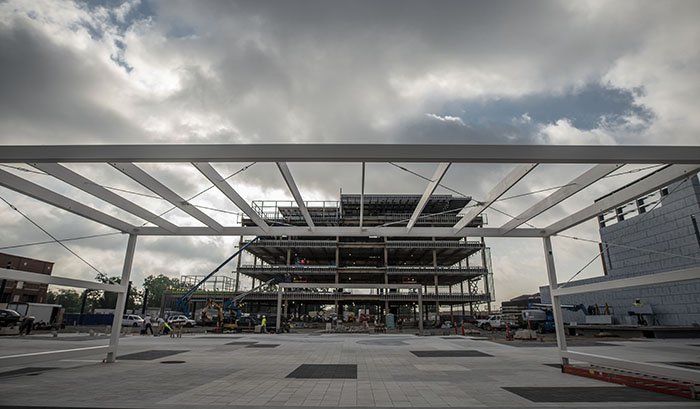 Construction of the Argenta Plaza.

As retail spaces fill up and residential developments multiply, the city of North Little Rock is putting out the ultimate welcome mat with the $5.4 million Argenta Plaza. The 42,000-sq.-ft. plaza will feature jetted fountains with LED-lighted streams of water, a 50-foot cascading waterfall, a 40-foot-tall video screen and a covered porch complete with patio benches facing Main Street. When anyone questions the city’s investment in the plaza, Hamilton is quick to point out that it is already paying off.

“We’ve already had over $50 million dollars in private investments into the area surrounding the plaza,” Hamilton says. 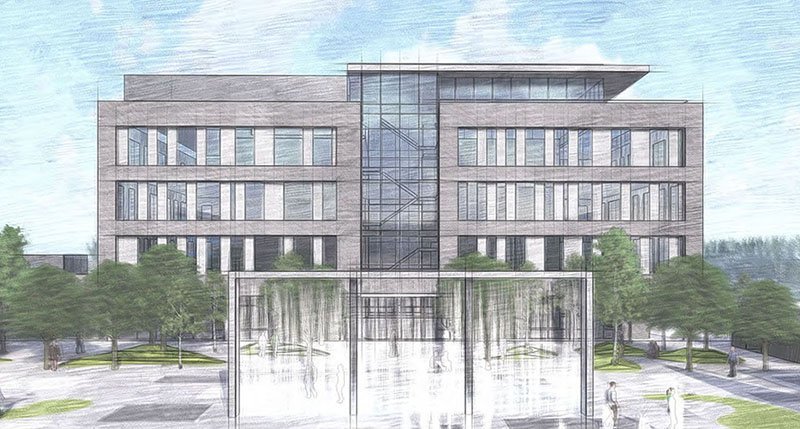 Renderings of the completed Argenta Plaza.

The plaza will be anchored by the five-story, 60,000-sq-ft., First Orion office building. The tech company is moving its global headquarters across the river from Little Rock’s River Market with big dreams. As First Orion CEO Charles Morgan said at the groundbreaking ceremonies in August 2018, “We are helping to transform the region into a prominent technology hub, and we are honored to be such a big part of the Argenta Plaza where we will not only build our technology but also build careers.”

Flanking the plaza on the north side will be the three-story Power and Ice building, which is currently under construction. Power and Ice will have a restaurant on the bottom floor with patio seating on the plaza. The second and third floors will house 12 small apartments featuring French balconies with a view of the plaza. Adjacent to the Power & Ice building, the 600 Main building will house the North Little Rock Convention and Visitors Bureau on the first floor, with the Arkansas Automobile Dealers Association and Taggart Architects on the second and third floors.

City officials plan to christen Argenta Plaza when they kick off their annual Northern Lights Festival on November 30 with the lighting of a new 38-foot-tall Christmas tree. They are envisioning a future with the streets filled with North Little Rock residents and visitors alike. The Arkansas State legislature recently passed Act 812, which allows cities in wet counties to establish temporary or permanent entertainment districts with alcoholic beverages allowed outdoors within the entertainment district. Act 812 is perfect timing for the Argenta Arts District as they make plans for future festivals featuring music, art, craft beer, etc. Designating three or four Main Street blocks for pedestrian use only during festivals could potentially make Argenta Arts district a premier festival destination.

A Vision for the Future 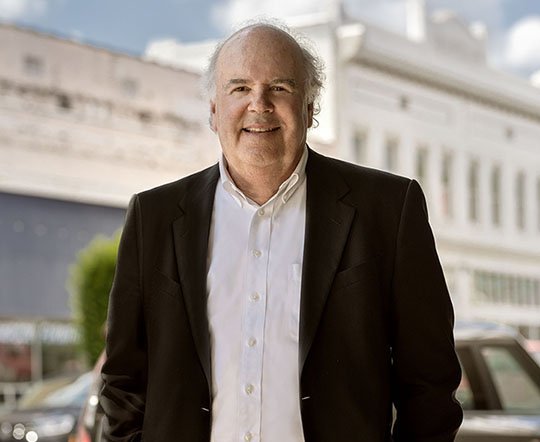 It was recently made public that another significant commercial development is in the works for downtown North Little Rock.  At a city council meeting on April 22, developer Jimmy Moses of Little Rock’s Newmark, Moses, and Tucker Real Estate Company presented a plan to market and explore development possibilities for about five acres of city property between Dickey-Stephens Park and Verizon Arena. The property is currently the home of the City Services Building, the city attorney offices, and three city employee parking lots. Mayor Joe Smith recruited Moses and Tucker, who have been key players in the development of downtown Little Rock over the past 20 years, to bring their creative expertise to downtown North Little Rock.

“We have an opportunity to work with one of the most successful developers in the state – on one of the best downtown properties available,” Smith says. “If we’re going to continue the momentum generated these past few years, this is the way to do it.”

And Moses couldn’t be more enthusiastic. At the city council meeting, he said, “Argenta is beginning to look like Manhattan for Arkansas. I look at what’s happening on this side of the river, and I just marvel at it.”

Moses’ vision for the property includes a hotel, private housing and retail shops.

With all of the success swirling around Argenta Arts District, one would think trailblazers like John Gaudin would be content to take a deep breath and give themselves a big pat on the back. On the contrary, says Gaudin, “place-making is the easy part.” In Gaudin’s vision, place-making is simply the first step of a three-step process toward true success. Step two is creating maker spaces.

“The leading indicator of the success of a city is the education of the residents,” Gaudin says.

Toward that end, in 2013, he co-founded the Arkansas Regional Innovation Hub located in Argenta. He points to the Innovation Hub as a primary factor in First Orion’s decision to put its headquarters just two blocks away from the Hub. Step three is creating artistic and cultural experiences. Art is Gaudin’s first love and continues to be his greatest passion today. In addition to being a founding member of the Argenta Arts Foundation and Argenta Friends of the Arts, Gaudin sits as the board president of the ACANSA Arts Festival and is the Arkansas representative to the Mid-American Arts Alliance. In his own words, his goal is to “spearhead the development of the Argenta Arts District into one of the nation’s fastest growing art communities.”

Back at the beginning of the downtown revival, Gaudin decided to make T-shirts featuring a “silver dog” he had painted. He felt it would be good for North Little Rock to embrace the dogtown nickname. “Early on, I knew we had to change perception, and the best way to do that is to be able to laugh at yourself.” The T-shirts were a hit. Who could have thought that years later the ADC would be displaying multiple pieces of seven-foot-tall dog art to welcome visitors into the downtown area? That self-deprecating humor captures the spirit of the people of North Little Rock. That spirit, along with bold creativity, generosity and a willingness to work hard, have combined to create an inviting front porch where North Little Rock residents can extend a warm welcome to their neighbors from Little Rock and beyond.

Click-And-Mortar: How Citizens Bank is Balancing Digital and...

From News to Acting to Politics to Banking:...

Show Me the Money: NIL Deals Continue to...

Digs of the Deal: If Walls Could Talk...