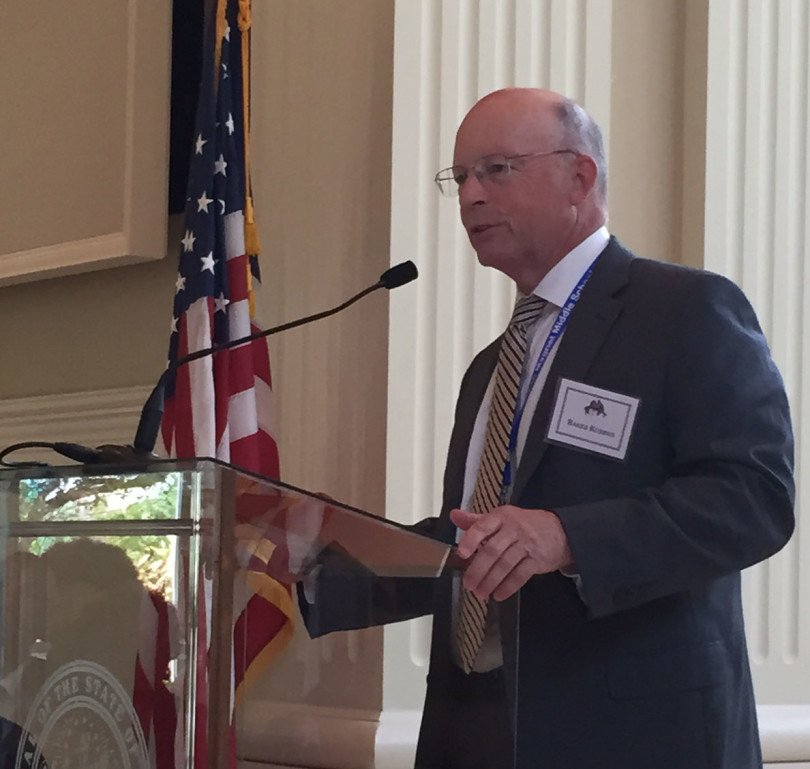 Kurrus was named superintendent of the Little Rock School District in May after the state takeover of the district in January. Kurrus, a lawyer and businessman, who previously served on the school board, was appointed to lead the district after the State Board of Education voted to waive certain administrator requirements to make him eligible.

At the event, Kurrus discussed his work leading the LRSD nearly two months in.

While he admitted success will be incremental, he said he’s dedicated to improving the district through better community engagement and a solutions-based approach. He said he took over a “fractured organization” and stepped into a divided community, with the job of cutting nearly $40 million from the budget. But, he’s aligning the district’s priorities.

“The most important person in the school district is the teacher,” he said, discussing his visits to the schools with the most needs and meetings with teachers. Since he took over, he said seven new principals have been hired.

Kurrus said organizational improvements have created more accountability among administrative staff. The district will be successful with clear goals, added resources and increased responsibility of staff, he said.

The financial situation will be the biggest obstacle, he said. So far, he has cut about $12.5 million from the 2015-16 budget, and expects to make more cuts so that the district ends up with a surplus, which can be used on new school buildings and improvements. While Little Rock’s 46.4 millage rate for the school district is one of the highest in the state, Kurrus said the money has not been spent on school buildings as it was intended, and this is something he said he plans to change.

Other academic plans that Kurrus discussed include adding 300 pre-kindergarten seats and ensuring reading proficiency in grades 5-9.