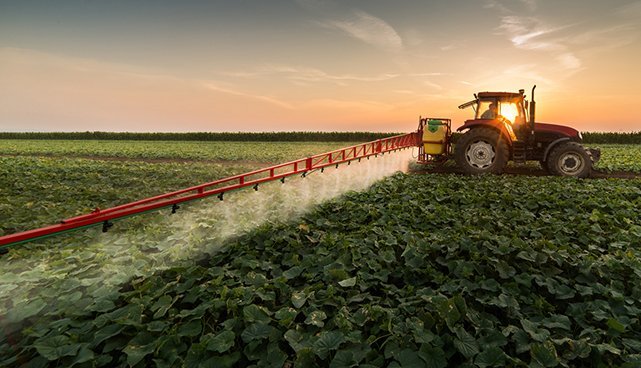 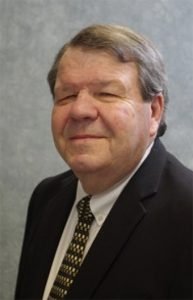 Directly after completing college with both a B.A and M.S in Agricultural Economics, Travis Justice joined the Arkansas Farm Bureau team in 1974.

The Arkansas Farm Bureau is the largest membership organization representing agriculture in Arkansas. Agriculture has a $21 billion impact on our state’s economy, and Justice’s understanding of the importance of the agriculture industry was ingrained in him from childhood.

“Being reared in a farm environment required my attention to tasks on a timely basis as well as assuming responsibility for chores, however menial they seemed at the time, that related directly to our family’s income,” says Justice. “Also, it seemed that you never really ever got done – regardless, there was always something else that needed attention.”

In relation to his position as the Chief Economist of the Arkansas Farm Bureau, Justice says that’s he enjoys his work because “there is always something further that can be done” to be a strong voice for Arkansas’ farmers and ranchers.

The Vice President of Commodity and Regulatory Affairs for the Arkansas Farm Bureau, Evan Teague, describes Justice as extremely driven in his career.

“He’s a bulldog; when he sinks his teeth into an issue that involves economic analysis, he chews on it until the job is done,” explains Teague. “He genuinely cares about this organization and wants it to be as effective as possible representing the interests of farmers, ranchers, and rural Arkansans.”

Justice puts all of his efforts toward serving those who work Arkansas’ farms and fields. In the early 1980s, legislation approved the Arkansas Beef Council, which addresses the promotion, research, and market development needs on behalf of cattle producers, and Justice became the administrator for the Council.

“The Arkansas Beef Council administers funds collected from cattle producers toward beef promotion and research efforts in order to improve product demand and profitability of the industry,” says Justice. “Its work not only focuses on consumer awareness of the product but also to address the nutritional understanding, food safety, quality improvement, educational and market access needs of the beef industry.”

Justice has served as the Council’s administrator for 30 years now, and throughout his years at the Arkansas Farm Bureau and the Arkansas Beef Council, Justice has kept his impressive work ethic. In his various job responsibilities, Justice contributes to his community each and every day.

“Having worked with and learned from the association with many of this state’s best livestock industry leaders has grounded me in my approach in structuring my volunteer time,” explains Justice. “I have certainly benefitted from the organization allowing me to serve with several industry-related educational, charitable, and policy-oriented groups.”

The success of the Arkansas Farm Bureau directly affects Arkansas’ agricultural sector in multiple ways such as equitable tax treatment, private property rights, improved marketing conditions, and rural services. Justice says he’s fortunate to have the opportunity to be able to experience and share the successful completion of projects like these.

“Travis is as close to a Farm Bureau historian and archivist that we have,” says Teague. “Travis was one of the first hires; he was an instrumental part of creating our department and commodity division structure that we still operate within today.”