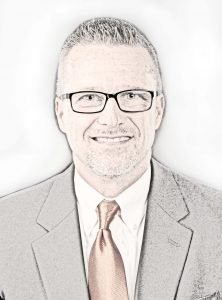 The world around us is changing at such a rapid pace that keeping up is sometimes difficult. New innovators are disrupting the status quo in multiple industries, from health care to education, to manufacturing, transportation and beyond. Global competition is bringing new players into our backyards, causing us to rethink how we do things to grow more quickly and perform more profitably. Almost universal access to low-cost digital marketing has arguably leveled the playing field between the big boys and the small companies. Drastically reduced product lifecycles are forcing established companies to outsource their R&D functions to the startup ecosystem to develop and launch new products and services more rapidly. If you’re an innovator, rapid change creates opportunity. If you’re not, it causes heartache.

Take the recent news on General Electric for instance. The $120 billion behemoth used to be the paragon of innovation. At one point in early 2000 it was completing one acquisition per day on average. Failure to maintain their innovation engine, admittedly among a few other things, has had significant negative consequences for the company. Last November, GE slashed its dividend in half. Last June, they were kicked off of the Dow after 111 years on the index. Last month, their stock fell to a nine-year low, and they fired their CEO. Make no mistake about it. Failure to innovate is also a failure in leadership.

For this discussion, I’ll define innovation as “planned change (ideation, invention and/or creativity) normally directed toward more pleasant or more efficient ways of doing things, or that substantially reduces the transaction cost of doing business.” Now, it’s one thing to disrupt the status quo with a better way of doing things, but “planned change” implies that one has taken the critical steps to disrupt the RIGHT things – those that will make a real difference in the company or market. Even so, disrupting the status quo with innovative new solutions is only half the battle. One must also implement those innovations in a way that creates sustained value. In other words, one must make them stick. That requires effective leadership.

A few years ago, a McKinsey study found that 70 percent of senior executives pinpointed innovation as one of the top three drivers of growth in the succeeding years to come. And these innovations didn’t just involve traditional products and services. They involved rethinking their business models, their business processes, their value chains, management functions, and more.

That research went on to also expose a major gap between the aspirations of these executives to drive innovations and their abilities to execute or implement those changes effectively. Many executives instinctively default to creating disruptive change programs, organizational structure realignments or “innovation strike teams.” All of these strategies, in isolation, usually fail to produce the intended outcomes. In my experience, the successful innovation that delivers long-term results is a cultural issue and has two main components: innovative leadership and innovation leadership.

I define innovative leadership as the ability to think and lead differently than traditional practices would have. Innovative leaders are more personally agile. They embrace failure but learn to fail faster. They find ways to move beyond obstacles and excuses that favor the status quo. Innovative leaders challenge conventional thinking by continually asking the question, “What if?”

Innovative leadership requires that leaders develop the wisdom to recognize when and where improvement will be a game-changer. It requires that they work within the constraints that would otherwise stop them. Innovative leaders are willing to fail, and they dare to attempt potentially crazy things in pursuit of game-changing ways of doing something done a particular way for years – or perhaps something that has never been done before!

Innovation leadership, on the other hand, is about replicating personal innovation efforts by cultivating a climate, as well as the skills and disciplines, that encourage and reward disruptive thinking across your team. It’s also about making any resulting improvements last. Innovation leaders create a climate where people are encouraged and empowered to think and act innovatively in their work. And, finally, they create the necessary leadership climate such that people are not only willing to, but also feel safe to challenge the status quo and embrace new ways of doing things.

Innovation leadership brings together three leadership domains – innovation, organizational change management and personal leadership. These three domains dovetail into a set of principles and practices that all contribute to disrupting the status quo and making that disruption stick. Sometimes that can be done with existing leadership talent. Sometimes it requires bringing in fresh blood. In other instances, the engagement of an outside expert can be transformational. At the end of the day, it’s the leader’s job to make that determination.

Steve Jobs once said that, “Innovation distinguishes between a leader and a follower.” I think it’s much more binary than that. I maintain that true innovation and true leadership are inseparable. One simply cannot exist without the other.

Dr. Jeff D. Standridge is the best-selling author of “The Innovator’s Field Guide” and “The Top Performer’s Field Guide.” He serves as Managing Director for the Conductor and Innovation Junkie, and teaches in the College of Business at the University of Central Arkansas.

The Politics of Referendums and Mandates: Arkansas Still Loves Trump