In the digital age we live in, no longer are we confined to finding time to go to the doctor’s office or doing our best to describe what is ailing us in as much detail over the phone. Thanks to emerging technology, we can connect with doctors virtually, from the comfort of our own homes through what’s called telemedicine. 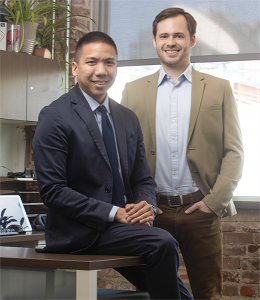 Telemedicine in and of itself is not a new concept. Utilization began in the 1950s when hospitals and medical centers began finding ways to share information through the telephone. This early adoption of telemedicine mostly involved doctors connecting patients with a specialist in another location, which was beneficial to rural communities where specialists were not always available.

Today, smart devices are in nearly everyone’s pocket, each capable of high-quality imaging and video transmission. This allows more viability for doctors to distribute, and patients to receive, remote healthcare as an alternative to in-person visits in non-emergency situations. The telemedicine of today offers patients the ability to FaceTime with their doctor.

The benefits to doctors also include more accessible ways to collaborate and coordinate to maintain absolute accuracy during diagnosis. This is similar to what makes members of the Mayo Clinic so effective, albeit on a larger scale.

In Arkansas, Housecall Telemedicine is leading the charge. Housecall was founded by Dr. Charles R. Caldwell. The idea was seeded in Caldwell’s mind while both of his daughters were in Kansas City one summer for competitive ballet. “It was an idea that a doctor/dad had, as he viewed his two daughter’s ailing feet from 400 miles away,” Caldwell says.

Limited to mobile communication during his daughter’s time away from home, Caldwell found that FaceTime was a legitimate means of “treating” his girls, with smartphones possessing more than enough ability to transmit clear and detailed images. This firsthand experience reminded him of instances with patients past who would call in and attempt to give him an understanding of their condition over the phone, which usually resulted in the same response: “Just come in and let me look at it.”
After researching Skype, FaceTime, and various video conference applications, it was apparent to Caldwell that none of them were secure enough for medical use. Something new would be necessary.

Caldwell also noted the importance of health data tracking at home for patients, adding that for years, people would come into his office with legal pads filled with heart rates and blood pressure. Today that is not necessary, as relatively accurate health tracking is readily available via tools like Fitbit and the Apple Watch.

According to Caldwell, this is transformative. “The patient would collect their own health data and be able to share it with whomever they wanted,” he says of these new developments in technology. “I wanted to give the patient the ability to be the collector and owner of their own health data but to put that data in a format that would make sense for a doctor reviewing it in a telemedicine conference. Adding that data information to a remote telemedicine visit would allow a doctor to actually treat a patient just like they did in the office.”

Manning the helm of Housecall are young entrepreneurs Danny Duong and Joshua Whitehurst. Duong serves as chief operating officer, and Whitehurst as chief executive officer. Although both are graduates of the University of Central Arkansas, their futures did not always seem destined to collide.

Whitehurst started his college career in pre-medicine and Duong in biology. Both had similar yet separate revelations that led them to switch toward careers in business.

“Similar to most new college students, my first two years were somewhat of a discovery period,” Whitehurst says. “I got heavily involved with TOMS Shoes, hosted a few TOMS campus events and discovered a deep-rooted passion for building new, innovative projects and concepts… At the time, I wasn’t even thinking of entrepreneurship. But everything has a way of naturally falling into place.” 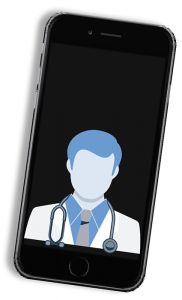 The pair would not officially meet until after college when they both worked for Inuvo, Inc. While there, they learned that each of them had an interest in entrepreneurship and began attending startup events across the state of Arkansas after work hours and on the weekends.

“We didn’t necessarily have an agenda,” Whitehurst says. “We just genuinely loved being in this environment. I had no idea that within the next two years I would have quit my full-time job to pursue what at the time felt intangible.”

In February 2016, Duong received a phone call from the Venture Center in Little Rock to present to him three new medical based, local startups. This experience would be his and Whitehurst’s first experience with the idea of Housecall.

Over the next seven months, the duo worked with Caldwell in the evening, taking the foundation of his idea and pivoting it to accommodate state laws and regulations. As Duong puts it, “We jumped on board, and went full steam.” By September 2016, both Whitehurst and Duong were full-time entrepreneurs.

What separates Housecall from other telemedicine options is that it does not employ the doctors who use its system. Instead, Housecall simply provides a set of telemedicine tools that doctors may utilize. This model means that the doctors who use their system may do so with their existing patients while using devices that they already own – whether it be desktop, tablet or mobile device. This business model also means that the team at Housecall can make set-up easy and convenient, boasting that, on average, a practitioner can be up and running on their system within just one day.

Housecall is also up to date and proactive on compliance and security measures, which is very important in the telemedicine world. They are HIPPA compliant, offer two-factor authentications in their software for additional security, their server is HITRUST certified, and they have disaster recovery and business continuity plans to minimize the effects of unanticipated outages. Additionally, their application’s video and audio feeds are encrypted from end to end for the maximum patient and doctor security.

According to statistics from the American Medical Association and Wellness Council of America, nearly 75 percent of all doctor, urgent care and Emergency Room visits are either “unnecessary or could be handled over the phone or video.”

It is estimated that 65 percent of patients with a primary care provider would be willing to see them through a telehealth visit, and at least 74 percent of consumers are open to a virtual health visit. Additionally, the American Hospital Association estimates that 76 percent of people prioritize the access to treatment over a face to face visit.

Telemedicine does not just offer convenience. After the Veterans Health Administration used telemedicine for post-cardiac-arrest care program, hospital readmissions were reduced by 51 percent. In outpatient psychiatric settings, when telehealth applications were applied, the length of stays in emergency room waiting rooms dropped from 48 hours to 22.5. Intensive Care Unit telemedicine programs most often result in better survival rates and reduced hospital lengths of stay.

No matter their location, people across the state of Arkansas have embraced the ability to handle non-emergency cases remotely and to share health data with their doctors through telemedicine easily. Skepticism to telemedicine and telehealth has existed over the years but seems to be dwindling as more patients and doctors see the benefits in action.

At Housecall Telemedicine, the future is bright, and not just because of the growing popularity of telehealth. Caldwell has the personal experience of how useful these options are for patients, and Duong and Whitehurst have the passion for seeing it through.

“I ultimately made the decision to pursue Housecall because it has enormous potential to add real value to those who need it,” Whitehurst says. “My passion is to build ideas that leave an inherently positive, lasting impact on our society. This passion can take many forms, and I’m beyond grateful for what is currently taking shape.”

No matter the technological advancements, if you feel that you or someone around you is in an emergency, seek emergency treatment immediately. Telemedicine is for non-emergency situations only and is not intended to replace necessary in-person visits.

Shining A Light on Black Businesses

Colleges Are Opening, But Can Anyone Afford to...