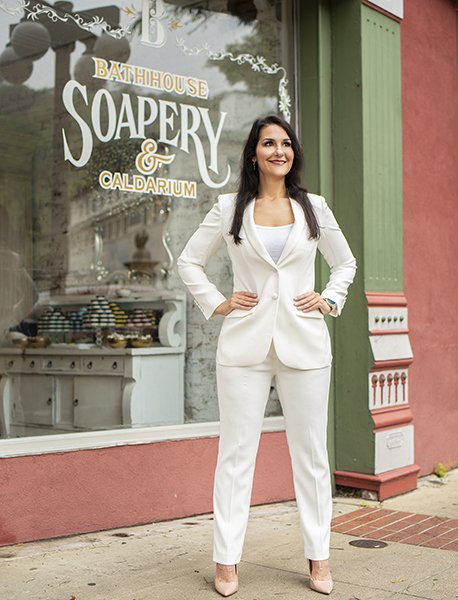 Charlene Simon is the embodiment of the Mark Twain quote, “Find a job you enjoy doing, and you will never have to work a day in your life.”

Simon is a serial entrepreneur whose success has proved a formal education is just a formality. A wife at 15 and a mother of three by 20, her self-determination has led to many titles in her career. She earned a GED and, at 19, started making soap and cosmetics and launched Bathhouse Soapery & Caldarium. She has since expanded it to five retail locations across the South.

But she didn’t stop there. Indicative of her personal motto, “Don’t wait for a light to appear at the end of the tunnel, get on down there and light it yourself,” her success allowed her to acquire Villainess Soaps and Plenty Mystic Beauty Emporium. Her culinary affections led her to launch Fat Bottomed Girl’s Cupcake Shoppe, the first of its kind in Hot Springs, as well as Evilo Oils & Vinegars.

A native of New Baden, Ill., a small town near St. Louis, Simon’s family moved to Hot Springs in 2007 after they became enraptured with the city after several visits.

“We had little weekend getaways because it was a nice little driving destination, and we immediately fell in love with Hot Springs,” Simon says. “Before we lived here I always told Justin, my husband, that I’d love to have a shop downtown.”

Eventually, they took the plunge, moved, and made her dream a reality.

Simon handcrafts her soaps and cosmetics from scratch, like “it’s been made for hundreds of years,” she says.

She credits her success to finding something that she is passionate about doing.

“When I hit an obstacle, my thought is I can’t wait to fix that. Too many people give up easily because something may seem like too much work.”

She says the best part of her job is creating an experience for her customers and watching their mood, day, or life change because of her efforts.

“The soap is like an art form to me,” she says. “But our company is really built on the customer experience. We do everything based off of how the customer’s going to experience it, how it taps into the senses, and how they feel when they come to the store. We always tell our new staff members that their interaction with a customer when they walk through the door could be the best thing that happens to that person that day.”

Bathhouse just celebrated its 10-year anniversary in Arkansas, and Simon knows she made the right decision to move to Arkansas. In that time, she has been able to grow her business from her initial store in Hot Springs into five locations across the United States, including ureka Springs in Arkansas, Lake Charles and Natchitoches in Louisiana, and her hometown, New Baden, as well as online.

She launched Fat Bottomed Girl’s Cupcake Shoppe and subsequently sold it to her daughter, but while it was under her direction the bakery was featured on the Food Network. It’s an appearance that is still paying dividends today.

“Being invited onto Food Network’s Cupcake Wars was a big catalyst for future success in my personal and business life,” Simon says. “It was a once in a lifetime opportunity for Fat Bottomed Girl’s Cupcake Shoppe to get its name on the map. Not only does it continue to air on Food Network, but it was also on Netflix. That’s just the coolest unforeseen outcome. I mean, it’s Netflix!”

With the international exposure provided by the streaming service, she says visitors to Hot Springs make a pilgrimage to the shop to experience the cupcakes they saw on television.

In the past year, she acquired Plenty Mystic, a beauty and cosmetic company, which was an online-only-based business, and will be opening its first retail location this winter.

“It’s a retail boutique in downtown Hot Springs reopening this summer,” she says. “Customers will have the experience of being able to fully customize their own color cosmetics with excitement around creating your own lipstick at our lip lounge. We can match a discontinued color, a dress, or anything they want. In addition, we’ll offer super feminine gifts and accessories.”

While starting and running multiple businesses, not to mention raising a family, would run most people ragged, Simon has done it with a smile… and a crown. She is the reigning Mrs. Arkansas.

“Being Mrs. Arkansas has been such a different experience from my entrepreneurial journey. The title has allowed me to represent married women throughout our state and in August compete on the national level in Las Vegas at the historical Mrs. America Competition,” she says. “It’s been a great way for me to celebrate and showcase the harmony women can have in work and in life. My platform is ‘Taking Care of Business,” which is encouraging the entrepreneurial spirit in women of all ages.

Today, Simon is content with running her soap and cosmetics, interacting with her stores’ customers and spending as much time in Hot Springs with her family as she can.

“We get so many visitors from all over, and it’s like you’re not in the same town or the same state two days in a row,” she says. “There’s just so much activity going on, and I absolutely love that.

“I’m most proud of my family. I’ve been married to my husband, Justin, for 22 years, since I was 15. His strengths carry my weaknesses over the threshold to greatness. And I had all my children before I was 20,” she says. “Watching our children grow and develop into adults continues to be one of the most marvelously fulfilling accomplishments.”

With success seemingly at her fingertips, Simon has her choice of where to live and do business, but she says she’s most comfortable in the Natural State.

“I’ve made my home exactly where I want it to be, Arkansas,” she says. “I couldn’t think of moving it anywhere else, and we’ve had opportunities to do so. My husband and I are like, ‘We can’t. This is our home.’” 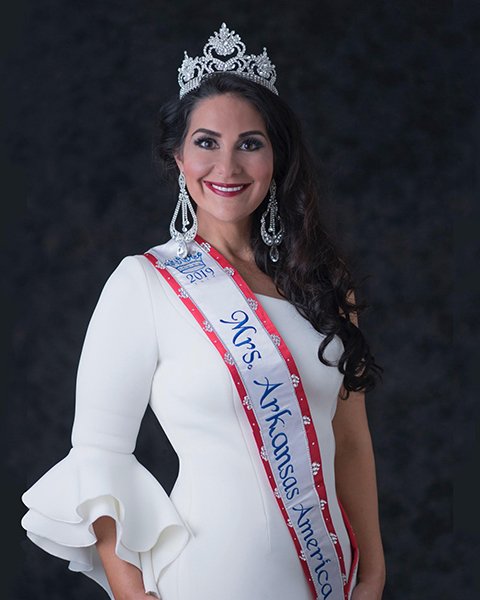 “I am privileged to know, under confidentiality and non-disclosure agreements of-course, David Copperfield’s trick to making an entire group of people disappear…right before your eyes,” Simon says. “I was once part of his Vegas act and will go to my grave knowing one of the tricks up his sleeve.”

Click-And-Mortar: How Citizens Bank is Balancing Digital and...

From News to Acting to Politics to Banking:...

Show Me the Money: NIL Deals Continue to...

Digs of the Deal: If Walls Could Talk...