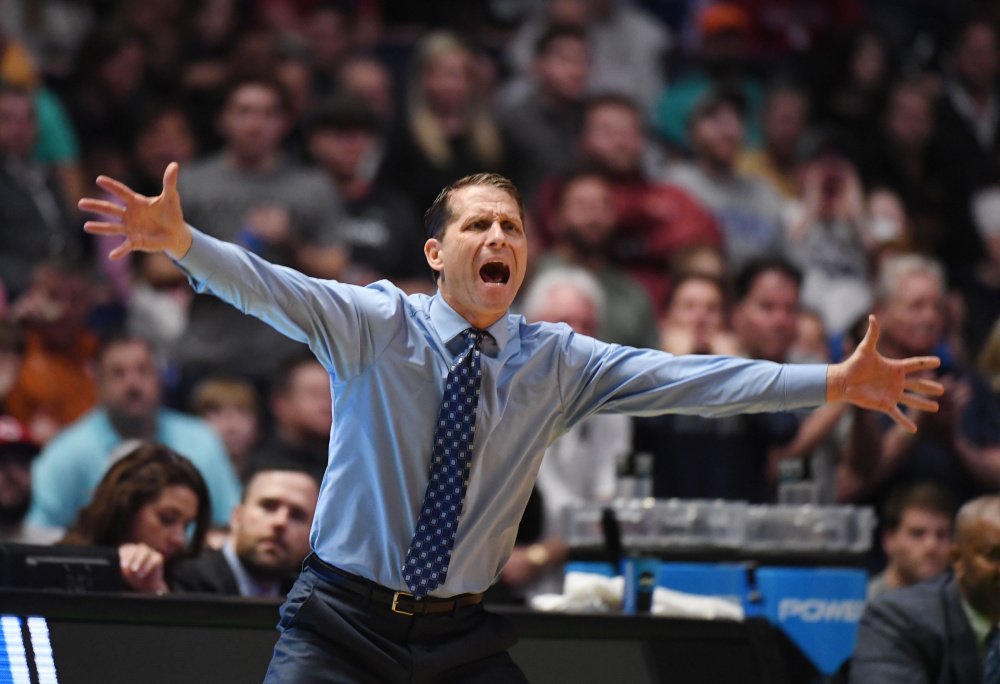 And according to Trey Schaap, of 103.7 The Buzz, Musselman was in Fayetteville on the UA campus.

Source: Eric Musselman is in Fayetteville for an interview / visit to campus.

Musselman has served as the head coach of the University of Nevada’s men’s basketball team since 2015, going 110-34 in those four years. His Wolf Pack team went 29-5 this season, losing to Florida in the first round of the NCAA tournament. His team made it to the Sweet Sixteen during the 2017-18 season.

Prior to taking over at Nevada, Musselman served as an assistant at LSU to Johnny Jones. He was an assistant at Arizona State from 2012 to 2014. Musselman also has professional experience, having been the head coach of the Golden State Warriors (2002-04) and Sacramento Kings (2006-08). He served as assistant coach to the Orlando Magic, Atlanta Hawks and Memphis Grizzlies.

Arkansas had originally targetted Houston’s Kelvin Sampson to replace the fired Mike Anderson. Sampson is reportedly close to finalizing an extension at Houston that will guarantee him $18 million and would likely allow his son to serve as a coach in waiting.

Read more: At the University of Arkansas, Hunter Yurachek is Boss Hog.

Update (April 2, 4 p.m.): Eric Musselman was never in Fayetteville, despite claims he was on the University of Arkansas campus on Tuesday.

NEW: Eric Musselman remains a candidate for the Arkansas job, but despite rumors — Muss isn't in Fayetteville. A press conference has not been set up today to announce his hiring. https://t.co/dKXbSJGnVm

Bourbon and Boots Hit with Lawsuit by Arkansas AG