This California Native is a Serial Entrepreneur in NWA 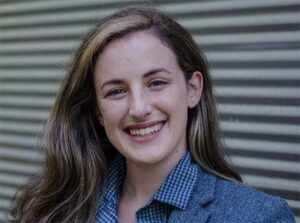 April Rae Mallord isn’t from Arkansas, but she’s glad to be here now.

Mallord, a native of California, relocated to Fayetteville after graduating from Loyola Marymount when she went to work for Andy Murray, the co-founder of Saatchi & Saatchi X.

“He convinced me to move to Northwest Arkansas to help him build a new digital marketing agency called Mercury11, where he also became my mentor,” Mallord says of Murray, who is now Chief Customer Officer for Asda.

“I had fallen in love with Northwest Arkansas so I decided to stay and see what else I could build.” 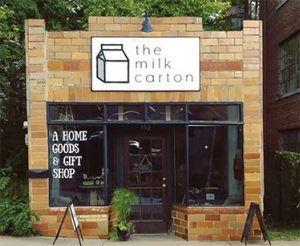 And build she has. Mallord is one of three founders of Milk Carton, a boutique store selling Arkansas products just off Fayetteville’s storied Dickson Street. There’s more though.

“I opened The Milk Carton while building an app called SwoopJobs, as well as managing Clutch Events, an event company,” Mallord says. “As well as Hobby & Hum, my candle company and the largest singles group in Northwest Arkansas, so every day was a whirlwind at first.”

Mallord is one of the rare few who is both creative and technically skilled.

“I received degrees in computer information systems and marketing so I have a great quantitative-qualitative balance,” she says. “While working in technology most of my career, I need creative outlets so that I can exercise both sides of my brain.”

READ MORE: The Best Places to Start a Business in Arkansas

That led, she says, to making candles in “handmade ceramic containers,” which led her to meet others of the artisanal bent. “I met many other amazing local makers and decided I wanted [Milk Carton] to be an outlet for all of us,” she says.

She also has a dream for her store.

“I would like The Milk Carton to become a staple in Fayetteville culture,” Mallord says. “When visitors come here I would love for locals to say, ‘you’ve got to check out The Milk Carton while you’re here.’ … We like customers to feel like kids in a candy shop, seeing something new at every turn, which is why I named it The Milk Carton. A milk carton is a seemingly insignificant object but has extreme nostalgic value as almost every American regardless of socioeconomic class or region they grew up in, drank out of a milk carton as a kid surrounded by their friends.” 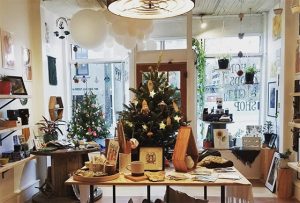 The interior of The Milk Carton

And she has more planned, “I would also like to open a supplementary location that has experiential stations introducing Fayetteville to beverage and food concepts. Nationally, I would like to open additional locations in areas similar to Fayetteville such as Charleston, Portland, Austin, showcasing local makers from the corresponding regions.”

In addition to the items on display, Mallord says the store, hosts “a monthly open mic night,” along with workshops and pop-up shops. 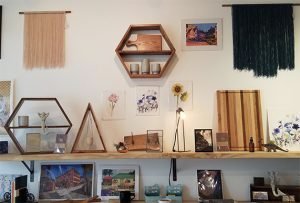 Items on display inside The Milk Carton

“I am an entrepreneur through and through,” Mallord says. “You can’t run an idea past me without me instantly trying to figure out how to brand it and monetize it.”

Mallord has fully embraced the ethos of “Keep Fayetteville Funky.” “What I love most of all is how the community is really there for each other,” she says. “Whether someone is starting a new venture or they need help buying groceries that weekend, everyone steps in and helps including family, friends, and strangers. It blows me away how this community steps up for one another.”

Images courtesy of The Milk Carton and Mallord

View from the Senate: New Approach to Treatment for Juvenile Offenders