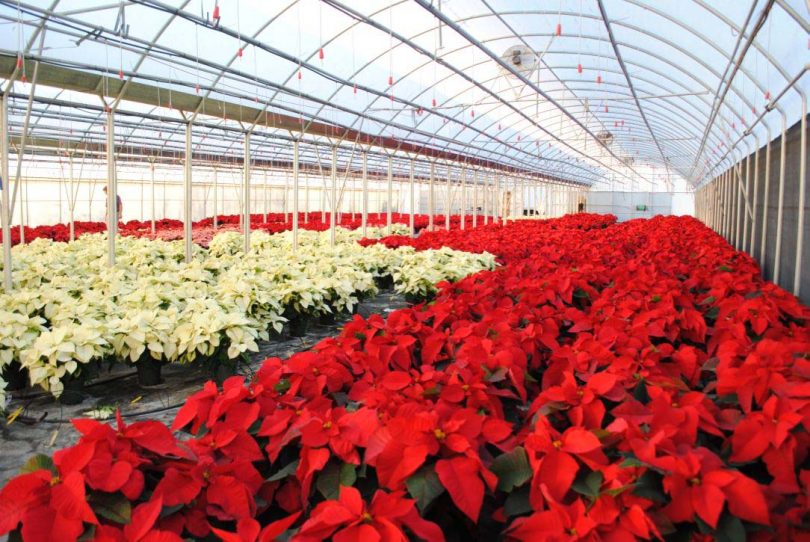 The entrepreneurial spirit is much like a tomato seed. If rooted in the right place and watered properly, both will grow and bear fruit. And that’s what the Black family of Prairie Grove did more than three decades ago.

Westwood Gardens, Northwest Arkansas’ premier nursery and garden center, began as a seedling in the home of Brenda and Russell Black. As early as 1974, Brenda began rooting tomato plants in dish gardens and selling them to local stores. Once the tropical plant craze of the mid-1970s hit Arkansas, the Black family became fulltime horticulturalists.

“My parents had a business called Blackland Farms in Prairie Grove,” says Stephen Black, Brenda and Russell’s son, who operates the company with his brother. “My mom started the business by growing tomatoes and selling them. And then the tropical plant craze hit in the 1970s. So, she began selling tropical plants off of a route truck to flower shops.

“Dad had actually worked for Tyson Foods, but once the plant business got growing, he eventually quit,” he adds. “He and mom together became a primary supplier for Walmart. And as Walmart was beginning to grow, it just really took off.”

According to Black, his parents ran a truck from Northwest Arkansas to Florida. The truck would haul frozen chicken south and bring back tropical plants. The route and their partnership with Walmart allowed the Black family to grow their business, which they had renamed Westwood Gardens.

“It all started here,” he says of their West Wedington Drive location. “My parents bought this building, and the greenhouse was basically all that was here… We had a crosstown competitor, and in 1998, we bought them out. That’s where the Mission Boulevard store is now.”

The Black’s mom-and-pop nursery had grown into a multi-store garden center with a presence on either end of a rapidly growing community. But they wouldn’t stop there. 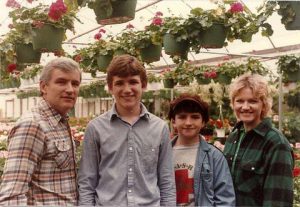 The Black family not long after embarking on their small business journey.

“In 2003, we had friends in the business in Springdale who wanted to sell,” Stephen says. “So, we bought their location, which is the store my brother runs, on North Thompson Street.

“And then, in 2004, we bought the property in Rogers,” he adds. “The nursery that’s sitting on New Hope Road, we built that from scratch.”

According to Black, operating in a family business can be complicated, especially in deciding whether or not to expand.

“It’s definitely a difficult decision in a family business because you’ve got competing interests,” he says. “You’ve got parents that don’t want to tolerate a whole lot of risk and want to ride the wave on out. Then you have your younger generation who would like to expand and make this thing bigger.

One of the biggest challenges in expanding Westwood Gardens, according to Black, is their commitment to growing their own products. Adding a store would also mean growing enough product to stock that store.

“It’s difficult to get all of the train cars to make that happen,” he says. “Now, we’ve done it before, and I’d like to do it again. But we have to do it right because we hang our hat on the Westwood grown quality. I couldn’t just add a store and then buy in products, or we would look like everyone else.”

Black admits that there are challenges when working with family that go beyond plans for expansion. But there are plenty of perks, too, he says.

“There’s just this baseline trust,” he says. “That gets hard to find with anybody else. We don’t worry about money stuff or product loss or any of that. The trust is a big one, especially when you have multiple stores.”

According to Black, Westwood Gardens has grown from a mom-and-pop nursery to a thriving, multi-store garden center because of their dedication to quality products and their knowledgeable and loyal staff. As a result of both, Westwood Gardens has experienced growth every year, save for the Great Recession.

“It’s the products, and it’s the people,” he says. “A big part of the formula is the Westwood grown aspect, where we control the quality of the inputs on the products we’re selling, and we can produce that consistently year in and year out. When folks show up, they know what they can find. They know exactly where it’s coming from and that its local.

“But the other big part of it is the people, the employees that have been with us,” he adds. “We’ve got a lot that have been here a long time. You don’t get the consistency in the product and the quality, especially with plants, without that.”