An Arkansan takes center stage nearly every time the Cubs or Indians win it all. Will Wood be next?

If you’re a baseball fan in Arkansas or a Chicago Cubs sports fan anywhere, you’ve heard of Bryant High alumnus Travis Wood. The former All-Star pitcher will be in the Chicago Cubs dugout as the Cubs take on the Cleveland Indians in the 2016 World Series, which  starts tonight.

While Mr. Wood is the first Arkansan to play in a series that involves the Cubs and the Indians, he is not the only Arkansan to play in a World Series that included one of those teams. Wood, in fact, is at least the fourth Arkansan, and the third pitcher, to play in a World Series that includes one of those teams. Indeed, a Natural State native played a pivotal role the last time either franchise won the world title. Here are the highlights from noted baseball historian Caleb Hardwick, who tells us all about it on his Arkansas-focused website baseballyakker.com . 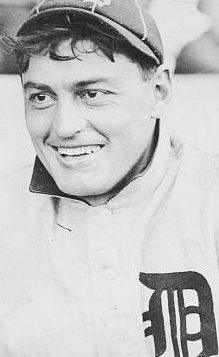 Charley “Boss” Schmidt, from Coal Hill in Johnson County, played for the American League Detroit Tigers against the Cubs the last time that  hapless outfit won a title. That would be 1908.

Schmidt, a tough-as-nails catcher who grew up working the in mines, was 28 when the American League champion Detroit Tigers took on the National League’s Chicago Cubs, the reigning champs. In the fifth game, Schmidt was the final obstacle between the Cubs and victory.

“With two outs in the bottom of the 9th, Schmidt came to the plate for Detroit and hit a foul pop-up to Chicago catcher Johnny Kling,” Mr. Hardwick writes. “The final out of the series was recorded, and Chicago began a championship celebration that hasn’t been repeated since.”

Hank Wyse, from Trumann in Poinsett County, won 22 games in the 1945 season for the Cubs and emerged as a star. His play against the Detroit Tigers in the 1945 World Series earned him two distinctions in the Cubs’ history. With Chicago up 1-0 in the second game of the series against the Tigers, Mr. Wyse gave up a three-run homer in the fifth inning to allow Detroit to tie the series. (That is his first asterisk in Chicago’s history book for that series.) 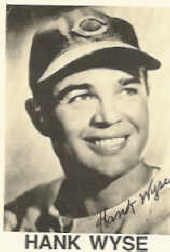 The Cubs hung tough, however, winning games 3 and 6,  forcing a decisive Game 7 on October 10 at Wrigley Field in Chicago. “Trailing 3-9 in the 9th inning, Chicago sent Wyse to the mound with their final hopes of a championship,” Mr. Hardwick writes. “Wyse pitched a perfect inning, but Chicago couldn’t create a comeback in the bottom of the inning. … As fate would have it, Wyse became the last Chicago Cubs pitcher to appear in a World Series.” (That would be Mr. Wyse’s second asterisk in the Chicago Cubs’ history book, a record that stands to this day.)

Like Mr. Wyse before him and Mr. Wood hopes to after  him, Gene Bearden, from Lexa in Phillilps County, emerged as a breakout performer in the 1948 World Series. The Cleveland Indian pitcher won 20 games and dominated Game 3 of the World Series by shutting out the Boston Braves on five hits. The Indians were up 3-2 heading into Game 6 in Boston. 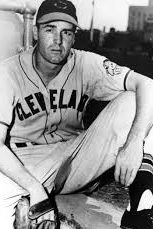 “With only a slim lead, Cleveland called on Bearden to relieve Bob Lemon from a tough situation in the 8th inning,” Mr. Hardwick writes. “Bearden escaped the inning with limited damage and was allowed to return to the mound in the bottom of the 9th. After a double-play, Bearden recorded the final out of the series by forcing Boston’s Tommy Holmes to pop-up to left field. By doing so, Bearden became the last Cleveland pitcher to appear in a champion World Series.”

3 to compete in Conway mayoral election

Home Team? It Would Be a Crying Shame...

The Last Word: It Was a Good Day

The Digs of the Deal: Gillett’s Coon Supper...

Dumpster Divers: Chadbourn, Doss Do What It Takes...