The Banker Behind Commercial Bank 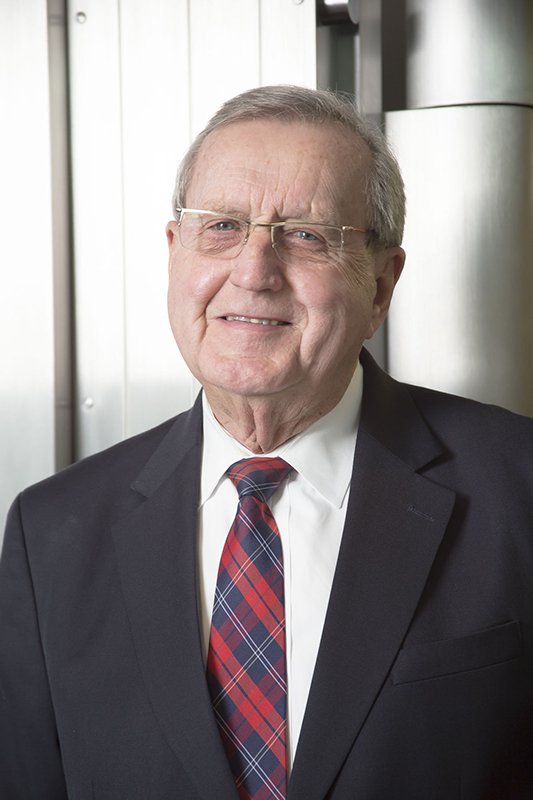 George Harris, president of Commercial Bank, didn’t want to be a banker. An experienced, oft-traveling CPA, Harris spent a lot of his time auditing banks. In an effort to spend less time on the road and more time with his young family, Harris accepted a job offer from a friend who had just purchased the controlling interest of a bank in Dermott.

The offer made him, at 28, the youngest bank president in Arkansas. But Harris left the bank and went back to school and became an educator. After just a few short weeks as a member of the University of Arkansas-Monticello faculty, he was lured back into banking at Commercial Bank.

In banking, Harris has found much joy in interacting with his many customers.

“I grew up working in a community grocery store, so I learned pretty early on the importance of pleasing the older ladies,” Harris jokes. “That experience proved to be pretty beneficial later on in life… I don’t ever walk through our lobby without stopping to talk to our customers.”

Commercial Bank prides itself in serving Arkansans from every walk of life. It isn’t the lifeblood of his hometown, he says those are the schools and the hospitals. But it is the backbone.

“As a banker, I’m as interested in the growth and prosperity of my community as anyone.” George keeps his 50-year-old CPA active in the event this banking thing doesn’t work out.