She was in the neighborhood: Arkansas’s attorney general visits The Donald while she is in New York

Arkansas Attorney General Leslie Rutledge speaks to media at Trump Tower in New York during her visit there on Thursday. (AP photo by Carolyn Kaster)

“She has met with Mr. Trump and visited with him before,” Mr. Judd said in a telephone call from LaGuardia on Thursday night while he and his boss awaited their return flight to Arkansas.

Ms. Rutledge arrived in New York on Wednesday night, and on Thursday she was a panelist in a meeting with members of the Association of Corporate Counsel. The other panelists were the attorneys general from Oklahoma, Virginia, and Connecticut.

When members of Mr. Trump’s transition team learned of Ms. Rutledge’s planned trip, “she was extended the offer to come by Trump Tower,” Mr. Deere said.

The panelists at the Association of Corporate Counsel meeting fielded questions about the role of state attorneys general under a Trump administration, Mr. Deere said.

Ms. Rutledge served as a Trump surrogate during the campaign and took one on the chin for the team in a CBS panel that was filmed before the second Trump/Clinton debate and broadcast afterwards. In an October interview with AMP, Ms. Rutledge shrugged it off as just another day in the coal mines. 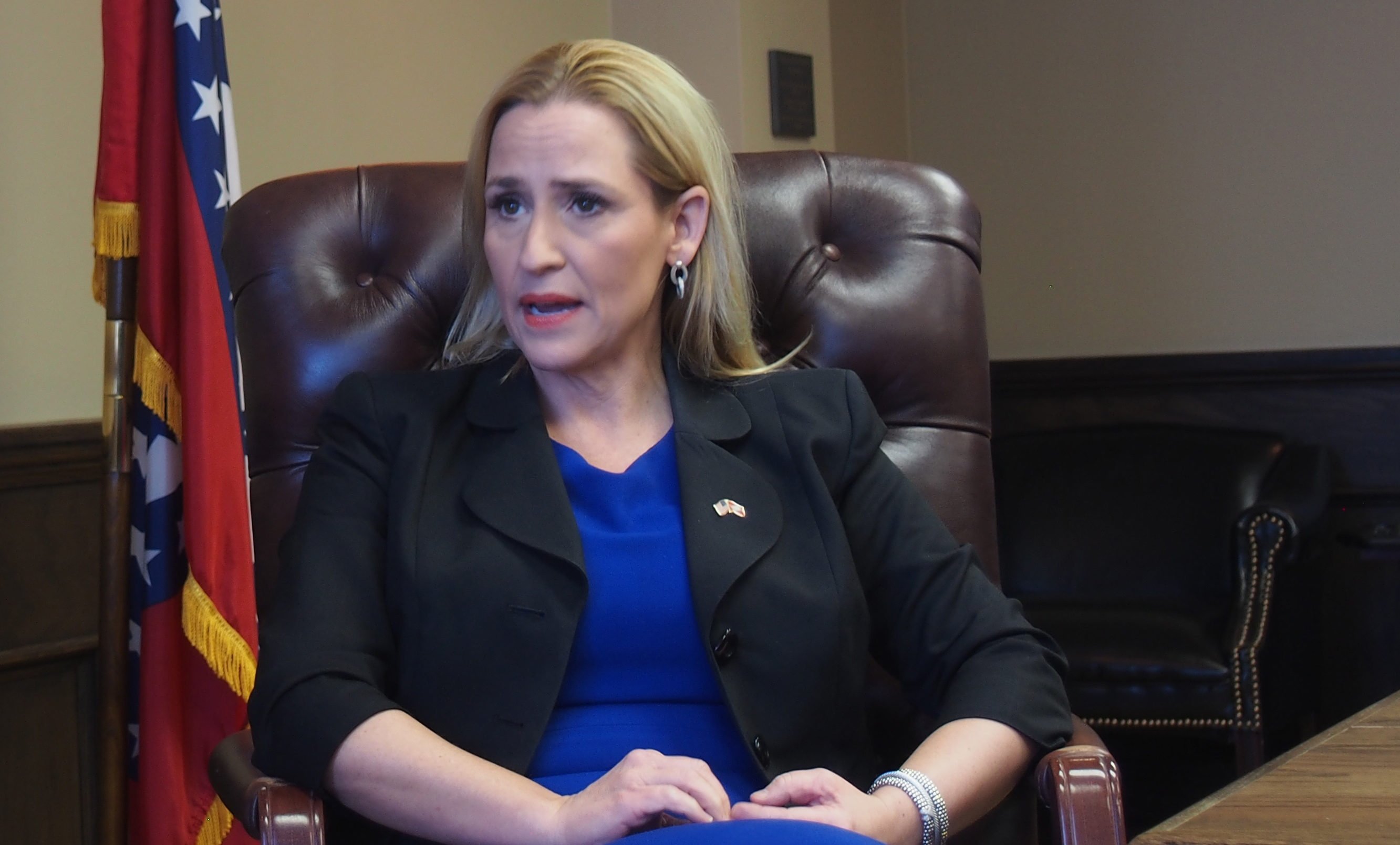 AMP Video: The Villa Marre is on the market