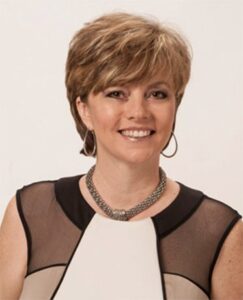 Getting to interact with entrepreneurs is what the Entrepreneurship class at the Sam M. Walton College of Business is all about. The class is a unique and exciting way to go beyond theoretical business studies and meet with entrepreneurs to learn from their experiences. This past week Angela Belford of The Belford Group came to share her story as an entrepreneur with me and my classmates.

Surprisingly, it is common for an entrepreneurial business to morph from their initial idea into a totally different direction. Howard Love’s book, The Start-Up J Curve: The Six Steps to Entrepreneurial Success, suggests one of the biggest mistakes new companies make is to become married to their initial idea. Some companies are so in enamored with their idea that they are unable to see the flaws or realize the need for change. Angela Belford’s company did not have this problem. They morphed out of necessity but, once financially solvent, Angela narrowed the company’s focus and now runs a successful digital marketing agency.

Angela and her husband Barry founded the Belford Group by starting a software development firm in 1999. They worked together for about ten years with Angela interacting with customers to understand their wants and needs, while Barry would build software to fit the desired criteria. In 2008, Angela wanted a new challenge so she decided to start a business that would advise people on how to successfully launch start-ups. Her new business would be a branch of the established Belford Group.

As Angela’s start-up was an off shoot of the Belford Group, she did not have as many challenges as other start-ups have with regard to devising a business plan or raising capital. Although she was coming out of an already established business, she still had to find employees who would accomplish the goals of her new company. Angela’s ideal employee is one who is curious, takes initiative, and is a strong persuasive writer.

The recession in 2008 really shaped Angela’s company. Not only did it force her down paths she had not previously considered, it also gave her access to amazing people who had been laid off. This economic downturn benefitted Angela by allowing her to hire highly qualified people affordably.

The recession forced also Angela to diversify the business. She tackled whatever problems businesses brought her way from building websites, making logos, or designing business cards. Her willingness to be open to varied opportunities was a boom for business. By 2012, the business had become so diversified that Angela realized they were going to have to narrow down their focus or they were not going to be able to keep functioning at her desired level of quality. Angela asked herself, “What are we really good at?” This helped her to decide that digital marketing would be the core focus of the business. The Belford Group’s goal is to help start-ups position themselves for success through websites, business cards, brochures, T-shirts, ad campaigns, and social media.

Starting a business in a recession sounds like a bad idea, but it was actually one of the catalysts that got Angela’s business to where it is today. It allowed her to hire amazing people affordably and steered the business in the direction they excel at today. Angela’s story is a perfect example of what author Howard Love wants entrepreneurs to be willing to do. When it was needed, Angela made the necessary changes resulting in the highly sought-after digital marketing agency she runs today.

Annelise Koster is a freshman honors student at the Walton School of Business studying international business and German. Find her on LinkedIn.