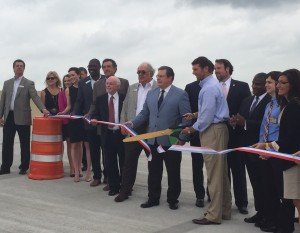 Little Rock Mayor Mark Stodola, along with members of the Arkansas State Highway and Transportation Department, Highway Commission and others officially dedicate the Big Rock Interchange

Planning for the project, referred to as the “Big Rock Interchange,” began in 2004, and construction started in January 2009. The total cost of the project was $150 million, said Scott Bennett, AHTD director.

The last flyover is set to open to traffic this weekend, though Randy Ort, AHTD assistant chief of administration, said contractors will need a couple of weeks longer to finish up all aspects of the project.

The name “Big Rock” comes from the 5-million-pound rock formation that was uncovered during construction. According to AHTD, the design for that section was altered to leave the largest portion of the rock in place as a landmark.

Watch AHTD’s video detailing how traffic will flow once all parts of the interchange are open to traffic. 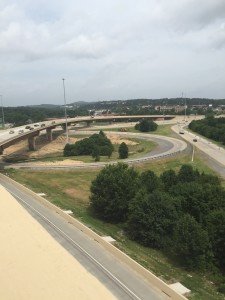 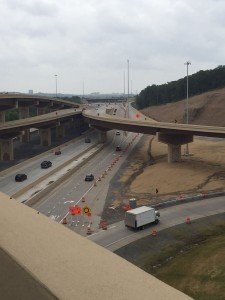 Beyond Big Rock: The Economics of Improving Arkansas’ Roadways