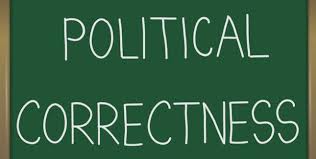 Megyn Kelly, a Fox News anchor and one of the moderators of the Republican presidential debate on Aug. 6, pushed Donald Trump that night with hard questions.

Kelly quizzed Trump about misogynistic and sexist comments he had made and written in the past, pointing out he had called some women “fat pigs, dogs, slobs and disgusting animals.” She even referenced a particularly crude remark about a sexual position and a young woman contestant he had made on his show “The Apprentice.” At first, Trump tried to brush Kelly off saying, “Oh, we like to have fun.” Then he turned serous and said, “I don’t have time for this political correctness” and your questions are “off-base” and “ridiculous.” Trump even made matters worse in a CNN interview on Aug. 8, by saying becoming even cruder, “Kelly is a lightweight” and “you could see there was blood coming out of her eyes, blood coming out of her wherever.”

These last comments finally led to Trump being disinvited from several important conservative forums. Trump’s comments were politically incorrect. But more than that, they were offensive and reprehensible not just to women but to any reasonable person with a sense of decency. This could be the beginning of the “Dump Trump” movement.

I, however, want to clarify the meaning of a phrase Trump used in the debate, “political correctness,” and compare it with a much more dangerous speech and content monitoring movement on college campuses today.

In the September 2015 issue of The Atlantic, Greg Lukianoff and Jonathan Haidt have written an article called “The Coddling of the American Mind,” where they discuss the term “vindictive protectiveness” as opposed to “political correctness.” They claim that the “politically correct” movement of the 1980s and 1990s was a much broader movement than just the attempt to restrict speech, particularly speech that was hateful and aimed at a particular marginalized group.

According to Lukianoff and Haidt, it was also about expanding the canon of classical works of literature, philosophy and history, so that these marginalized voices would have a rightful place to be heard.

However, the politically correct movement is in no way as weird or pernicious as what Lukianoff and Haidt call “vindictive protectiveness.” In this world of vindictive protectiveness, the environment on college campuses has become so intensively hyper-vigilant over speech, tone, grammar usage and actions that it is beginning to paralyze students, faculty and staff.

This is because until 2013 the U.S. Department of Education’s Office for Civil Rights stated that speech must be “objectively offensive” before someone could file an anonymous harassment claim based on sex, race, religion or national origin. In other words, it had to pass a “reasonable person” test, so that “speech or act would have to go beyond the mere expression of views, words, symbols or thoughts that some person finds offense.”

In 2013, under the Obama Administration’s DEOCR, this definition was changed.

The DEOCR issued a policy that any verbal conduct or act that is “unwelcome” will be deemed harassment as it relates to sex, race, religion, national origin or even veteran status. According to Lukianoff and Haidt, “everyone is supposed to rely upon his or her own subjective feelings to decide whether a comment by a professor or fellow student is unwelcome, and therefore grounds for an anonymous harassment claim. Emotional reasoning is now accepted as evidence.”

And, many colleges and universities, out of fear of federal sanctions, are applying this standard with zeal.

Lukianoff and Haidt attribute part of the rise of vindictive protectiveness to parents who have drilled into their children that they should never feel offended by anything they are asked to read in school, much less what by what an adult says.

But there is real teeth in vindictive protectiveness because alleged offenders are considered immediately to be guilty and transgressors. The accused can be hauled in front of various investigative committees with no right to face the accuser, much less know who the accuser is, for making someone or group of people feel uncomfortable or under the banner of “someone felt this comment was unwelcome.”

In addition, in this age of social media a person or persons who feel offended can do permanent damage to an alleged transgressor by organizing anonymous social media campaigns as reputation smears of fellow students, faculty or staff.

There is an entire lexicon growing up around this vindictive protectiveness — for example, the term “microagresssions.”

These are actually small actions, words, uses of grammar or perhaps a gaze “on their face that have no malicious intent, but that are thought of of as a kind of violence nonetheless,” Lukianoff and Haidt write. Their example is asking someone, “’Where were you born?’ because it might imply that he or she is not a real American.” Or, asking someone, “How long have you worked here,” as this might imply an age judgment.

This reminds me of a policy against “lookism” reportedly put in place at an elite East Coast liberal arts college. The idea is that if a person fixes his or her gaze for too long or in an “unwelcome” manner on a person of the opposite sex or a person with a physical challenge, then he or she could be accused of having committed a violent microagresssion.

“Trigger warning” is another phrase that vindictive protectiveness has made popular. These are “alerts that professors are expected to issue if something in a course might cause a strong emotional response,” Lukianoff and Haidt write. For example, something in his or her course or a particular book or work of art might cause a strong emotional response and thus potentially trigger a recurrence of a past trauma.

This might make sense if a student had been previously victimized by racism or violence, such as having been a victim of rape or having witnessed a genocide, but it applies equally to all. So those students who would rather not be exposed to something that would be unwelcome or make them feel uncomfortable can demand trigger warnings or become incensed if a faculty member fails to provide such warnings.

Do we really want to slide down this slippery slope? Should this become the out for college students, particularly in required courses, who might say, I will not read F. Scott Fitzgerald, Virginia Woolf, Albert Camus, Milan Kundera, J.D. Salinger, Ovid, and on and on because their works have unwelcome content? Yet, this seems to be really happening on many of our college and university campuses.

The sad thing is that higher education administrators, given the apparent decree by Obama’s DEOCR, are in a difficult position. Still more tragic is that I have heard that some faculty members have begun policing themselves and policing fellow faculty members. Thus, faculty water down classes, eliminate texts, and in doing so, do not prepare students to deal with real issues in the real world.

This is “Yuuuge,” Mr. Trump, and you have not been a victim of political correctness or of vindictive protectiveness. You were just being a jerk. If you were a college student, you may have already been expelled, or if you were a staff or faculty member, your microagresssions and plain old aggression may have already resulted in someone repeating your famous line to you: “YOU’RE FIRED.”