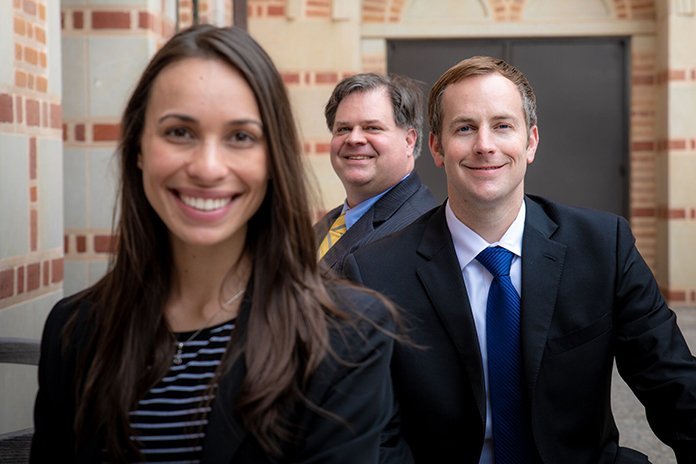 Lapovations, which combines the words “laparoscopic” and “innovations,” came to life in the business world through the minds of graduate students in the university’s engineering and business schools. The startup focuses on the development of products to improve laparoscopic surgery. The surgery technique, also known as minimally invasive surgery (MIS), keyhole surgery or Band-Aid surgery, is true to its names: Operations are performed through small incisions in the body. But certain techniques used at the beginning of MIS are more invasive than they need to be, which can cause longer healing times and health issues down the road. Enter biomedical engineering graduate student Jared Greer.

“My co-founder was frustrated with the techniques being used to lift the abdominal wall at the beginning of a laparoscopic surgery, so we developed a new device that is more reliable and less invasive,” explains Greer, Lapovations’ CEO. His co-founder, he says, is an experienced surgeon with more than 4,000 completed laparoscopic procedures under his belt, who has chosen to remain anonymous to emphasize the student success behind the company. Because of the frustrations with techniques used, Greer and his co-founder developed the small device and the Lapovations team created an award-winning business plan to further its achievements and potential usage in future surgeries.

Greer began his pursuit of his Masters of Business Administration in 2009, and he got involved with Tears for Life, the first University of Arkansas team to win a national business plan competition. He met Carol Reeves, the associate vice chancellor for entrepreneurship, “whose teams have won more national business competitions since 2009 than those from any other university in America,” according to a recent university publication.

“My partner and I founded Lapovations prior to enrolling in the Walton College of Business New Venture Development program with Dr. Carol Reeves,” says Greer.  “We were interested in being part of the program because we know firsthand how wonderful Dr. Reeves is and how successful her business plan competition teams have been.” And that’s when Greer met his teammates, full-time MBA student Flavia Araujo and executive MBA student Michael Dunavant, “impressive people who brought unique and needed skill sets to our business plan competition,” Greer says. 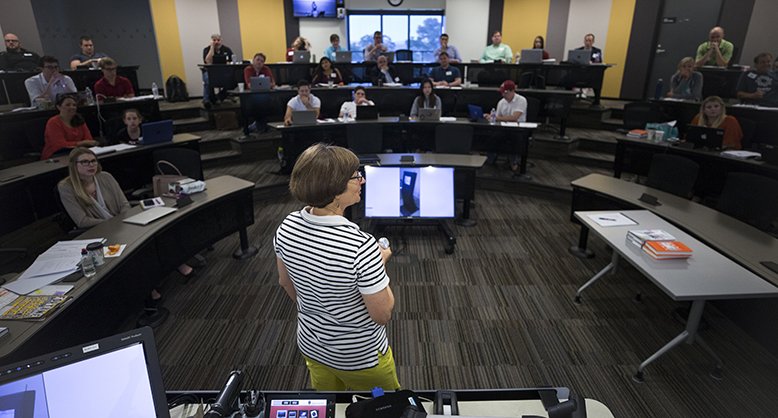 For the Lapovations team, the entire process from development to winning national competitions was challenging and exciting. But like any go-getters in med school, the trio woke up early, stayed up late, maintained efficiency in time management “and did whatever it took to put ourselves in a position to be successful,” Greer says. And with the help of the Walton College of Business and advisers Reeves and Sarah Goforth (a mentor with an inspiring and symbolic last name), their motivation to win could not falter.

The Carnegie Foundation for the Advancement of Teaching confirmed the place of the university in the top 2 percent of national higher education institutions with the highest level of research activity in 2016. The classification is based on an analysis of more than 4,500 colleges and universities and is reassessed every five years.

The New Venture Development Program in the business school is not what some may consider a typical class. Like many in-depth graduate-level courses, this program focuses on outreach, mentorship and business development. The team received in-depth guidance from their advisers and accompanying network, as well as access to capital investors and scholarships from each competition they participated and placed in. With these success-promoting factors, it is apparent why the Walton College of Business is consistently ranked as a top business school in the country.

Because of their goals, dedication and support system, the Lapovations team finished the program and school year with more than $300,000 in cash and investment prizes in the spring semester. At the highly elite Rice Business Plan Competition, Lapovations won Best Life Science Startup Prize, the Women’s Health and Wellness Award and overall second place. With 300 judges and 750 applicants, Greer says he and his team were pleased to represent Arkansas as they competed alongside the brightest students in the world.

Their sixth victory took place at the University of Oregon’s New Venture Championship, where the Lapovations team won first place and best elevator pitch. The team took the same titles at the statewide Delta Plastics Arkansas Governor’s Cup, landing them $27,000 and upping their overall winnings over the semester to more than $300,000.

“Sponsors and organizers such as Arkansas Capital, Delta Plastics, Innovate Arkansas and others are so generous with their time and money,” Greer says. “Their efforts to help further entrepreneurship in Arkansas are really important to the future of our state and we are very grateful for them.” 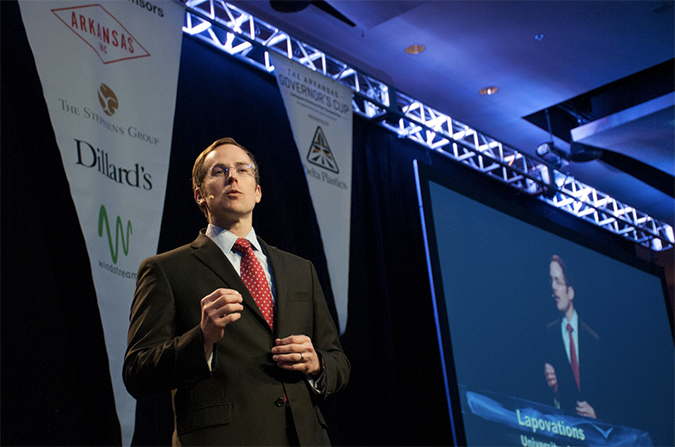