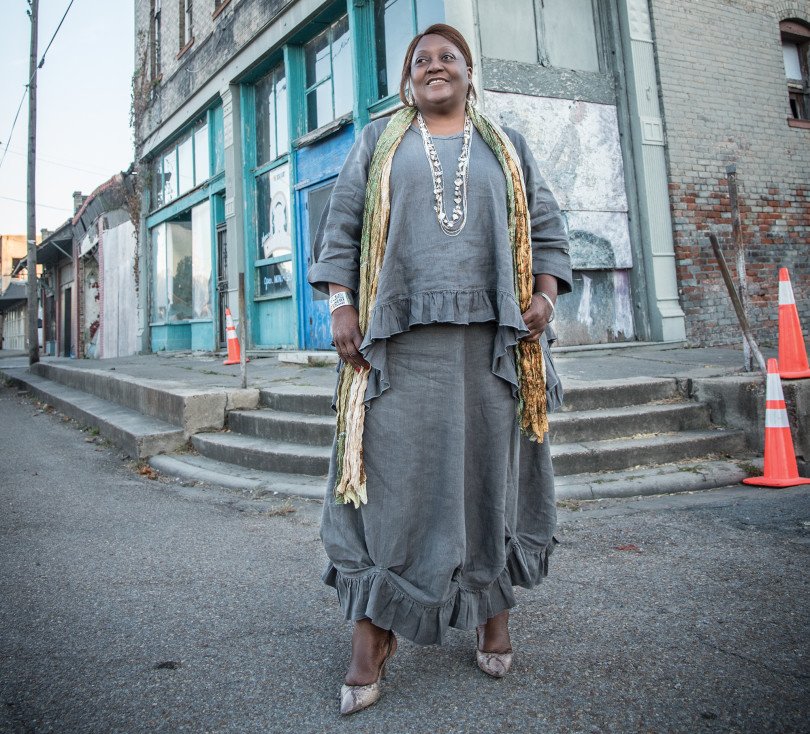 Naomi Cottoms has helped create a
structured system for connecting people
with health care resources in the Arkansas Delta.

The Arkansas Delta is a place of contradictions. Rainfall from a vast middle swath of North America makes its way there as part of the Mississippi River system. This has left the region culturally and agriculturally rich. But in the information-age economy, the delta is more like a desert — disconnected from the pathways along which wealth and opportunities normally flow. Even essentials like health care can be hard for many residents to come by.

Helena-native Naomi Cottoms is working hard to change that. Truth be told, she already has. Thanks to her efforts, the delta is a very different place than it was only 10 years ago.

Cottoms is the executive director of Tri-County Rural Health Network, Inc. The nonprofit organization helps connect available health resources with people in the community who need them, particularly disabled and elderly persons who need access to in-home care as an alternative to entering nursing homes.

“[Tri-County] came out of the voice of community,” Cottoms said.

She and Mary Olson had been working on a job training and entrepreneurial development program in the delta. But the feedback they received from people was that even with such training, there weren’t enough jobs to be had in the area, nor enough money to support entrepreneurial efforts. So Cottoms and Olson brought together people of all walks of life “from a county judge to a homeless person” in the same room and asked them what the region needed most.

“What people said was that they needed access to health care,” Cottoms said. So, she and Olson did some research and found that while there were not a lot of health resources in the delta, there were some. And those were being underutilized. People were either not aware of them or did not know how to access them.

Cottoms blames the disconnect on poverty, paperwork and a cultural distrust of institutions.

“In the delta, we’re predominantly an African-American population,” she said. “You know our history, because of some bad experiences or past experiences we oftentimes are fearful about trying something new.”

After listening to people’s concerns, Cottoms and Olson looked around the nation at what other communities were doing to address similar situations.

“It was out of all of that that we came up with community connecting,” Cottoms said.

Tri-County’s “community connectors” are what are often referred to as “community health workers.” Cottoms prefers the former term because it better describes what they actually do, which is connect people in the community to health resources that they qualify for. Tri-County does not provide health services.

“As best we can tell, there have always been people who do what we do,” Cottoms said. “There was just not the structured process, and people may have done it more on a voluntary basis than what we are doing now.”

It all started in a three-county area (Lee, Monroe and Phillips) centered on Helena-West Helena. Since the “clients” were people with low income, Cottoms knew that Tri-County needed to find a sustainable source of funding in order to keep solvent. In 2009, Tri-County did a demonstration project for Medicaid.

With the help of a team at the University of Arkansas for Medical Sciences College of Public Health, they demonstrated a savings of $3 to Medicaid for every $1 invested in Tri-County’s work connecting elderly and disabled persons with in-home care that provided an alternative to nursing home care. As a result, Medicaid funded Tri-County to expand its work into 15 counties in eastern Arkansas.

Looking out over the coming years, Cottoms would like to see Tri-County’s work go statewide and serve as a model for other states. Since the Affordable Care Act makes provision for community-based work such as what Tri-County is doing, she is optimistic about the future.

“We’re now venturing into working with primary care doctors or primary care clinics to help show some health outcomes,” she said. “So we see great opportunity for the work that we do … we see a lot of opportunity coming.”

In a sense, Cottoms fills a need in impoverished communities that might be filled by family and friends in a more prosperous area. She and her organization network with the community. They bridge an information gap in an age when information is all-important. So it should not be surprising that she closed by taking the opportunity to get more information out there.

“If anybody you know needs assistance with health resources,” she said, “please call a connector.”