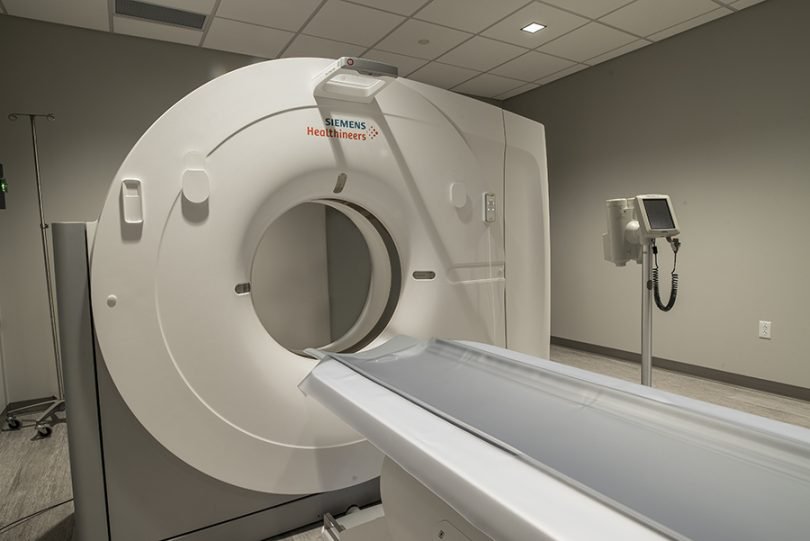 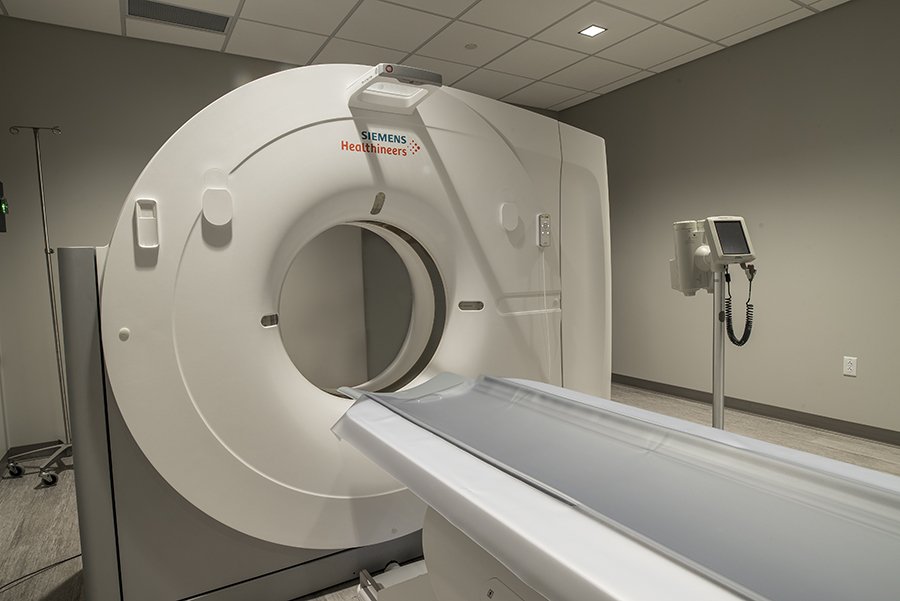 State of the art equipment at Ortho Arkansas. Photo by Jamison Mosley.

Trisha Montague, senior vice president and chief administrator of Arkansas Children’s Northwest (ACNW) recalls two telling moments from the hospital’s grand opening in February, each a vivid snapshot of how needed the facility is.

The first was her interaction with parents, for whom the opening of the facility’s doors meant the end of three-hour, one-way car rides to Little Rock for their children.

“We were bringing to the community what we had promised we would bring them,” she says. “Those were the stories that were actually happening that day. For me, personally, it was very moving.”

The second was the pace at which patients flooded into the gleaming 237,000-square-foot hospital for treatment, something that has yet to subside much.

“We opened our ED (emergency department) and people started showing up,” Montague says.

“Kids who would have previously had to get in either an ambulance or a helicopter and travel 200 miles away, we were taking them upstairs to another floor to be admitted.” 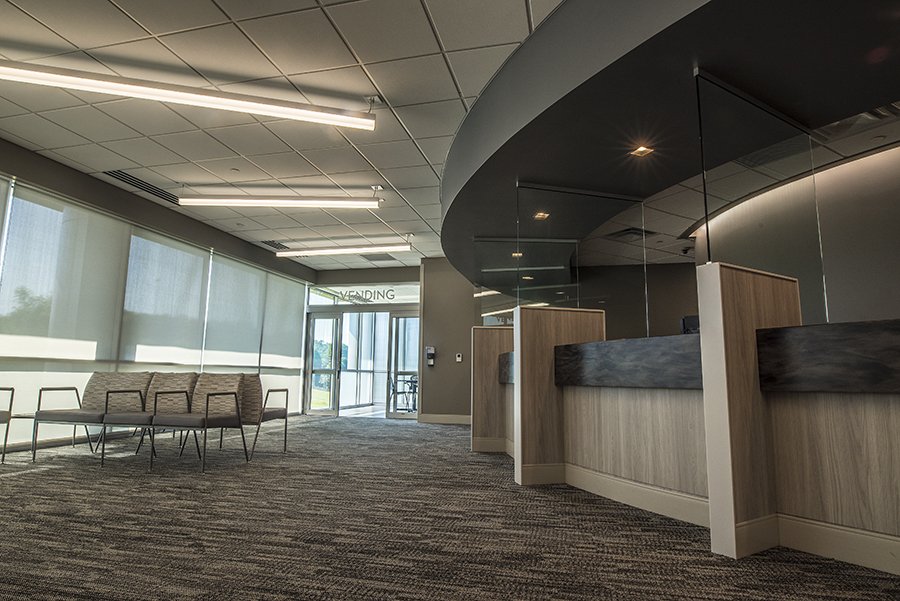 The lobby of Ortho Arkansas in Little Rock. Photo by Jamison Mosley.

The influx made manifest what had been known in the area for some time. For all of the growth Northwest Arkansas has seen over the past few years, one glaring hole in community services was the presence of a dedicated children’s hospital.

ACNW serves a primary market area that is relatively modest – just 11 Arkansas counties. But about 200,000 children reside within that area.

The new ACNW, located in Springdale, features 24 inpatient beds, 30 emergency department rooms, 5 operating rooms and 30 clinic rooms across its five-story facility. It also brings under one roof the various clinics Arkansas Children’s Hospital operated in the area prior to the hospital’s construction.

Montague says that while the hospital wasn’t intended to fully match the Little Rock campus in the scope of the cases they deal with, the impact ACNW is having and will continue to have in the area is substantial.

“Foundationally, the hospital in Little Rock is the hub. It’s the tertiary coordinating hospital for the state of Arkansas, and that will continue,” she says. “We built a lower acuity, but full-service, community children’s hospital.” 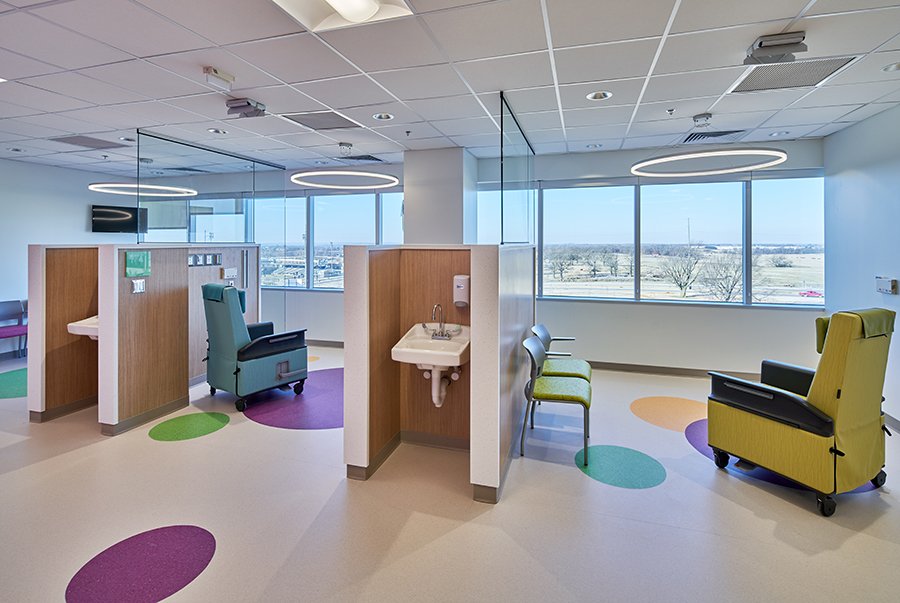 A pleasant surprise, she says, has been the overwhelming support from the community to get the facility built. And that enthusiasm has continued.

“The community support is a big part of why we are even able to be here,” she says. “This community came with not just their verbal support, but also their financial support. We set a fundraising goal of $70 million over five years. After two years, we had exceeded that fundraising goal, raising $80 million. That piece of the project has been phenomenal.”

In addition, Davis and Cathy (George) Evans, Gary and Robin George and their families donated the 37 acres of land that makes up the campus, a gift worth $7.5 million. Additionally, the grounds will include wellness amenities such as an outdoor labyrinth and nature trail, made possible by a recent gift from the Walton Family Foundation.

Having finally brought together two of Central Arkansas’ most well-known orthopedics practices, the new-look Ortho Arkansas enters its next chapter as the largest practice of its kind in the state. And, according to the architects of the merger with Arkansas Specialty Orthopedics that became official June 1, the new organization is now poised for even bigger things in the future.

“Number one, it combines our patient pools, and it also gives us the ability to increase our IT department to keep up with [outcome] information and make sense of it,” says Dr. Jimmy Tucker, former president of Arkansas Specialty Orthopedics and now co-president of Ortho Arkansas. “And then, it gives us multiple specialists in the full gamut of orthopedic surgery and musculoskeletal care.”

The new company employs 400. And by physician headcount, it’s the largest orthopedics practice in Arkansas and among the largest in the South, according to Dr. Tad Pruitt, Ortho Arkansas co-president.

“We have about 40 doctors; of those, most are orthopedic surgeons, but we also have rheumatologists, neurosurgery, physical medicine and rehabilitation, which is a non-operative specialty,” he says. “In addition to physicians, we have multiple other service lines; we have imaging for MRIs and CT in multiple locations, and we have physical and occupation and hand therapy, again at multiple locations.”

The company operates out of three facilities in Central Arkansas, the largest and most visible of which is a new $20 million building at Fair Park and I-630 in Little Rock, which opened in March. The company currently utilizes 53,000 square feet of the new space, with an additional 25,000 square feet available for expansion.

Another new structure, opened in February, is located at 3480 Landers Road in North Little Rock. That branch offers about 27,000 square feet of space and represents a $5 million investment. The company’s original location, known as Arkansas Musculoskeletal Institute, located at 10301 Kanis Road, was built in 1999.

The three facilities, along with two outpatient surgery centers in Little Rock and satellite locations in Bryant, Conway, Camden, Clinton, Heber Springs and Arkadelphia, give Ortho Arkansas a presence in two-thirds of the state.

Bringing the two organizations together, a process that ultimately took two and a half years, started with a common realization that current and future challenges within the marketplace would be better and more efficiently met together as opposed to separately.

“Something we’re seeing… is there’s a lot of duplicate costs between the two groups,” says Ken Beasley, Ortho Arkansas CEO. “So, you’re able to get rid of that, and that allows you to do some of the things the federal government wants or Blue Cross or other insurance companies want.”

Tucker adds, “Being able to increase our information technology department is important now. It allows us to do more outcome work, where we actually look at, statistically, how well patients do with different treatment methods versus having anecdotal evidence. That’s a major change in the way things are going.”

According to Beasley, mergers and acquisitions are the road many in the industry are taking to meet challenges, but rarely do services align as neatly as they did between Ortho Arkansas and Arkansas Specialty Orthopedics.

“We’re part of a group called the Ortho Forum, and it’s about 90 of what I would call the premier groups across the country. It’s almost monthly that one of them is merging with somebody else. It is something you’re seeing all the time,” Beasley says. “With these two groups, you see a lot in common in terms of their vision of taking care of patients.”

Pruitt adds, “Both of our practices have historic strengths as well as some areas that we both do well… There were a lot of complementary things that were being done with the two groups that we’re able to better integrate by bringing them together.” 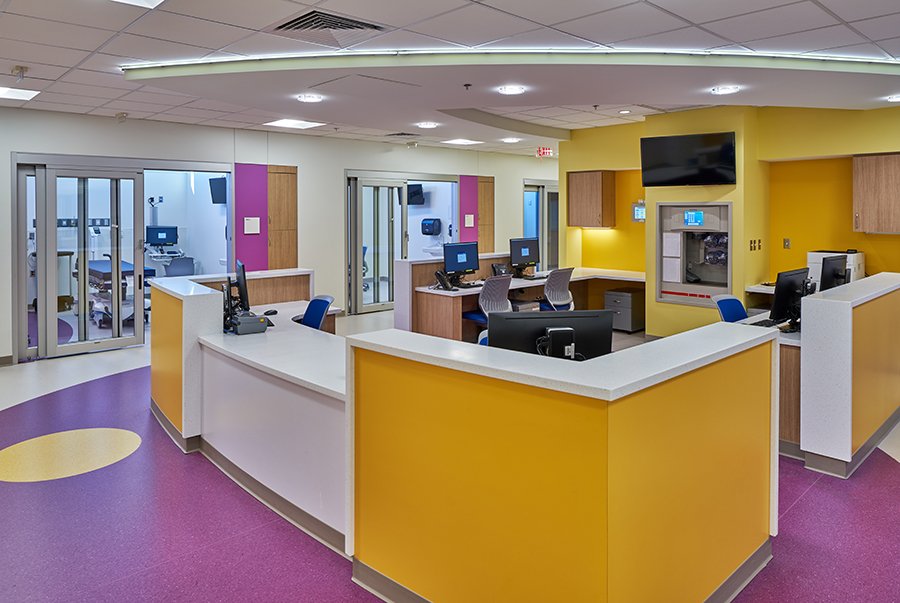 CHI St. Vincent is expanding its Arkansas Neuroscience Institute with a new 40,000-square foot research and education building located in Sherwood on the St. Vincent North Campus. The groundbreaking was held last month, and the new building is expected to open in early 2019.

There are two projects happening simultaneously on the St. Vincent North Campus: the construction of the $17 million research and education center, developed by Denver-based NexCore, and a $13 million hospital renovation. North Little Rock’s TAGGART Architects and Little Rock’s Clark Contractors has taken on the expansion project, while Nabholz is handling the hospital renovation.

Chris Stines, vice president of operations at St. Vincent North, who is overseeing development of the new ANI building, says many different factors cumulated to make this project unique for Arkansas.

One of those factors, he says, has been the long-time vision of Dr. Ali Krisht, director of the Arkansas Neuroscience Institute.

“It’s been a part of Dr. Krisht’s vision to have a neuroscience building in Arkansas,” explains Stines. “Where neuroscience can be the center of patient delivery, as well as research and education. There’s only a few of them in the country. Because of Dr. Krisht’s national and global vision, a facility to have that activity has always been part of his vision for Central Arkansas.” 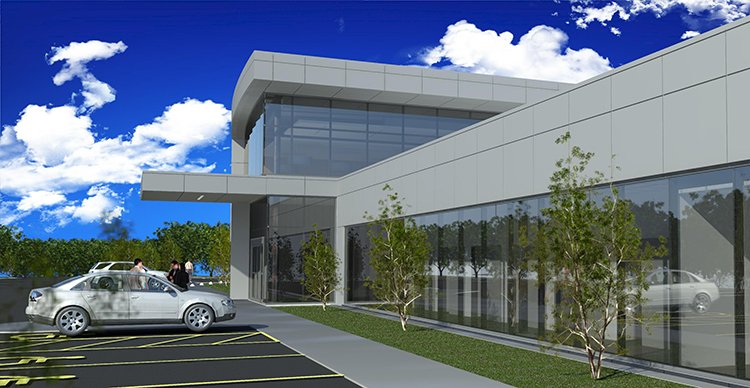 Krisht’s vision is ambitious. He hopes for the center to become a world-renowned institute for neuroscience and neurosurgery. “The idea is to create a halo effect for a center which has an immediate effect on its surrounding by taking good care of patients in the central part of Arkansas,” he says. “The goal is to have a neuroscience center, which is going to be at the level where if anybody in this world thinks of the best place to go to have their brain tumor or spinal cord tumor or any neurological problem handled, we’re it.”

Because of Krisht’s advancements in neurosurgery at St. Vincent, the patient load has increased.

“We’ve outgrown our space over on the main campus at Little Rock,” says Stines. “So, this was an opportunity to move to North Little Rock… It allowed us to have one location, to build a new facility and to better utilize an underutilized location.”

The new research and education center will feature a 150-seat auditorium, with a fiber line connected to the hospital’s operating rooms. Surgeries can be recorded in 3-D and transmitted to the auditorium, as well as the laboratory in the facility’s research building, where physicians can learn from Krisht and others.

“He’s known for going after brain tumors and aneurysms that are in very difficult locations,” says Stines. “For instance, the cavernous sinus region behind the eyes tends to bleed a lot. In the past, they would call that area ‘no man’s land.’ Dr. Krisht now calls it ‘everyone’s playground’ because of the technique he has learned to control bleeding and make that surgical procedure much safer.”

The renovated hospital will include a 3T MRI, which, according to Stines, is unique to North Little Rock/Sherwood. The scanner generates a magnetic field that is several times the strength of an open field MRI scanner, allowing physicians to make better diagnoses.

Altogether, both projects will cost approximately $30 million, with funding coming from CHI National.

“It’s very unique.” says Stines. “We don’t have $30 million every year to spend on a project like this. There are only a few of these in the country that are neuroscience focused, and it’s going to be a huge draw to this area.”