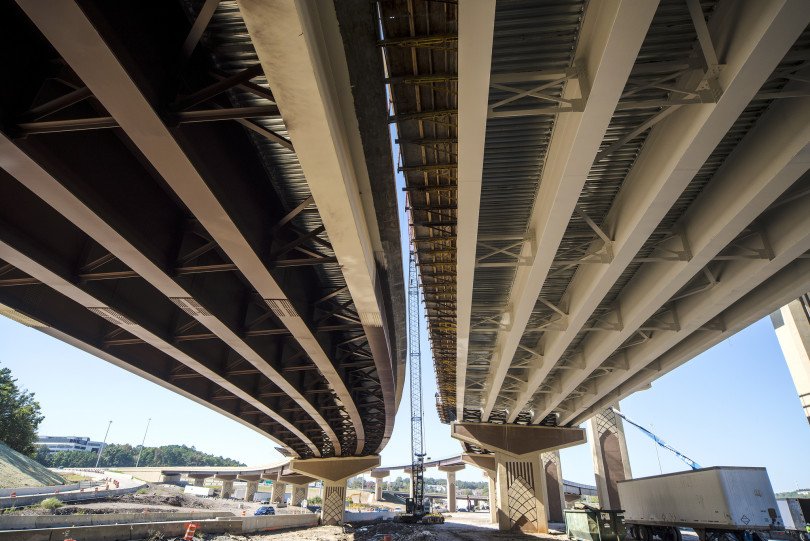 For a while, as work on the $150 million “Big Rock” interchange dragged endlessly on, Joe Fox thought about abandoning the west Little Rock location where he opened Community Bakery in 1986.

“We saw a significant drop in our revenue,” Fox said. “It just got worse and worse, frankly, from our perspective.”

Significant is an understatement. Little Rock Advertising & Promotion Commission tax records indicate that Community Bakery’s sales dropped 36 percent between 2012 and 2013 and remained at the lower level through 2014.

“Some of the patrons said this was too much of a hassle and they just didn’t come back,” Fox said. “I can’t be sure it’s all attributable (to the project) — probably not all — but I will just say that during the same period the store downtown (on South Main) did not show any kind of decrease in sales.”

Fox ultimately decided to stay put to see if the Big Rock interchange project will ultimately benefit businesses as well as commuters.

“I’m anxiously awaiting (completion) and I am planning to do a promotion once it’s completed,” he said. The promotion, he said, will remind people of the bakery’s location and urge them to return for business.

Scott Bennett, director of the Arkansas State Highway and Transportation Department, said drivers can expect a much smoother trip through the interchange, which handles about 200,000 vehicles a day. 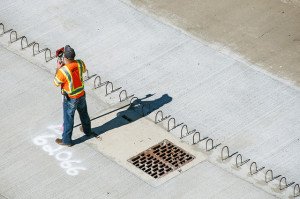 But as the Big Rock interchange project comes to an end, the highway department is involved in numerous other interstate and highway projects around the state, amounting to more than $1.6 billion, which Bennett and others said are of great economic benefit to the state as a whole.

“There’s really an enhanced economic benefit from a number of stand points,” Bennett said. “From one stand point is the benefit to the road user because they are not having to spend as much time in congestion. Or, they are traveling on smoother roads, so there’s less wear and tear on the vehicle and better fuel efficiency.” The improved roads also lead to fewer accidents and lower insurance rates, he said.

“There is also that part of the dollar turning over in the economy because of highway improvements,” he said, along with “the attraction of economic development, what businesses look for, good access, and good roads.”

Doug Voss, associate professor of logistics and supply chain management at the University of Central Arkansas and an Arkansas Trucking Association board member, said good roads benefit everybody.

“From the trucking company perspective there are number of issues there,” he said, noting that good roads mean lower maintenance costs and lower driver turnover. “It’s a hard … job to do and it’s hard because you are out there on the road all the time away from your family. It’s made even worse when the roads are in terrible condition.”

Traffic congestion also costs trucking companies money, Voss said. “As you build and widen roads, you lessen congestion in one mile of the road. If a truck is stopped they are not making progress and not making revenue.”

Several studies, Bennett said, have found that for every $1 billion in highway improvements, about 27,000 jobs are created or sustained.

TranSystems.com in a June online article said that “for every dollar invested in transportation there were eight dollars worth of economic activity generated.”

The bonds for the highway and interstate improvements projects are being repaid with federal money the state receives to maintain the interstates and proceeds from a 4-cent increase in the diesel tax the legislature approved in 1999.

The half-cent sales tax is expected to generate nearly $240 million annually, with 70 percent — about $160 million — going to the ATHD with cities and counties splitting the remaining 30 percent.

Despite all the new funding for construction and repairs, Bennett said the cost of just maintaining state highways is extremely costly at about $200 million annually. 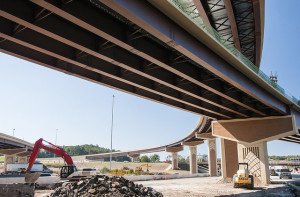 Shannon Newton, president of the Arkansas Trucking Association, described highway construction in the state as a necessary evil.

“It’s a short-term cost for a long-term benefit,” Newton said. “The reality is that congestion actually increases during construction but that is an exchange for what we would hope to be a long-term solution that would be more efficient and cost effective. Our biggest issue is just the cost of congestion. I don’t think people understand how much money is spent, or wasted, by (the public) and commercial trucks sitting in traffic.”

She said a 2013 national study found that traffic congestion cost the trucking industry an estimated $9.2 billion. In Arkansas, the cost was estimated at $67.5 million for the same year.

“Ultimately, everybody pays,” she said. “I mean it costs our industry … more people, more equipment, more time to produce the same product, and its costs you and I more dollars to receive it because there’s this giant waste in the system.”

Poor highway and interstate conditions also lead to weight restrictions on highways and bridges, which further increase costs for the trucking industry, whose trucks transport about 86 percent of total manufactured tonnage in the state in 2010, or about 305,138 tons a day. Also, she said 87 percent of Arkansas communities depend exclusively on trucks to move their goods.

In northeast Arkansas, especially around Jonesboro, travel costs rise for trucking companies because many of the bridges have weight restrictions. “Think about how many out-of-route miles that we drive in order to go places that can handle the commercial weight,” she said.

Newton said good roads and highways come with a cost, but the ultimate outcome is a big plus for the state’s economy.

“It’s ultimately good for the trucking industry, good for people driving and it’s good for the economy,” she said. “It all comes with a cost and the cost is keeping the infrastructure in good repair so the goods can continue to move across the state.”

The trucking industry accounts for about 83,000 jobs in Arkansas and there about 4,800 trucking companies, including single truck operations, in the state, said Newton. The ATA has 302 members.

Arkansas is home to some of the largest trucking companies in the nation, including 16 of the top 100 for-hire carries and four of the top 100 private fleet companies, Newton said.

Under the $1.8 billion program, about 30 projects across the state are either currently out for bid, underway or in the planning stages. Each project involves the creation of a four-lane grid and adding capacity to existing four-lane highways. Those projects, when completed, will cover about 200 miles of road.

One of the larger and more expensive projects now underway is the widening of I-40 from Little Rock to Conway. Other projects expected to begin soon or within the next few years include

“There are just a lot of things going on around the state where the half-cent tax is really going to make a huge difference,” Bennett said. 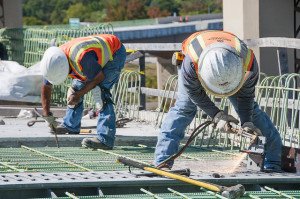